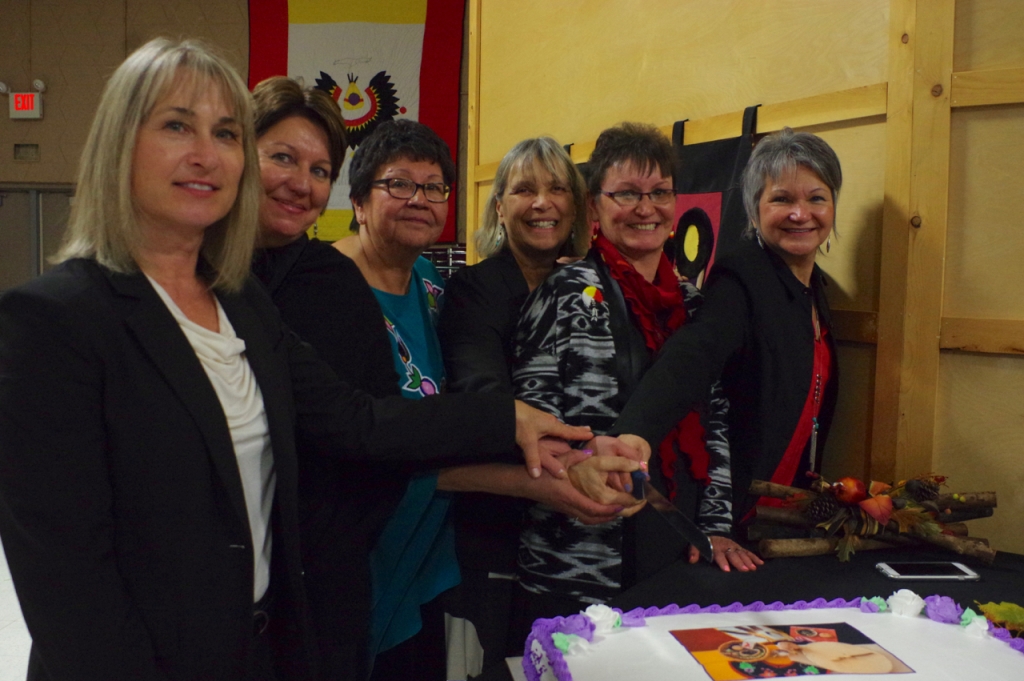 The March 6 opening of the Indigenous Peoples’ Court (IPC) was celebrated with speeches and a feast on Feb. 27 at the Ka-Na-Chi-Hih Specialized Solvent Abuse Treatment Centre.

“This is a momentous occasion for Indigenous people and for the community of Thunder Bay,” says Charlene Baglien, executive director of the Thunder Bay Indian Friendship Centre. “We are excited to celebrate after years of hard work and dedication to get to this point.”

A special ceremony was also held on Feb. 27 at the IPC courtroom, which is located in the Aboriginal Conference Settlement Suite on the main floor of the Thunder Bay Courthouse. The suite was designed for Indigenous people with a ventilation system for smudging.

“Everybody gathered in the courtroom, the (IPC) Committee was around in the chairs and the other people gathered around,” Baglien says. “We had a ceremony, we lit the smudge and we smudged everybody and said a few words and prayers. We had a few words from (Ontario Court of Justice Regional Senior) Justice (Joyce) Elder and Justice (Joyce) Pelletier about the court system and how it is going to operate and what Gladue means.”
Frances Wesley, coordinator of the IPC, delivered an IPC overview during the celebration at Ka-Na-Chi-Hih.

“The Indigenous Peoples’ Court is a restorative justice approach using Indigenous culture and traditions for Indigenous people who have been charged with a criminal offence,” Wesley says. “It is designed to function in a holistic nature and is consistent with the medicine wheel teachings of the Indigenous people.”

The first of its kind in northwestern Ontario, the IPC is circular in design. It features special sashes for the judges and a rug in the centre with a medicine wheel design. Ontario’s first Aboriginal People’s Court, now named the Indigenous Persons Court, opened in Brantford in 2014.

“It took a lot of people to build the Indigenous Peoples’ Court,” Wesley says. “It was a community effort. It involved the key justice stakeholders and community, and we have held many gatherings over the past 18 months to discuss the framework for developing the IPC. We have conducted research and gathered information from other similar courts in Canada and visited the First Nation courts in Brantford, Toronto and British Columbia.”
Wesley says healing is a big part of the IPC.

“It will provide support to assist the individual’s rehabilitation and reduce recidivism,” Wesley says. “(The IPC) will be utilizing Elders during our sittings, and that is a very important role because the Elders will guide the process and will work with the judge and will work with the families who are involved in the healing.”

Celina Reitberger, executive director of Nishnawbe-Aski Legal Services Corporation, says the opening of the IPC is just the first step. NALSC worked with the TBIFC on the court development process over the past couple of years.

“We have reached a milestone, a historic event, but now the really hard work begins,” Reitberger says. “And we’re ready to do it.”

Rosanna Hudson, TBIFC’s coordinator of justice services, says there is still more work to do.

“We may be looking at bail at some point in the future,” Hudson says. “So our work is not over.”

Kimberly Murray, assistant deputy attorney general, says the Indigenous Persons Court in Brantford now has an Elders Council, whose members sit in the courtroom and work with the offenders.

“They also do family child welfare matters,” Murray says. “So they bring the family together, the same as what you do with your Talking Together circle up in Nishnawbe Aski Nation.”

The celebration ended with the presentation of gifts to Elder, Pelletier and the IPC Committee.

“We were particularly honoured tonight by having the opportunity to honour Justice Joyce Elder and Justice Joyce Pelletier,” says Fort William Elder Marlene Pierre. “There were a lot of hurdles to overcome so we honoured them
tonight with an eagle feather for the court, to be used and kept in the court for the use of our healing journeys.”