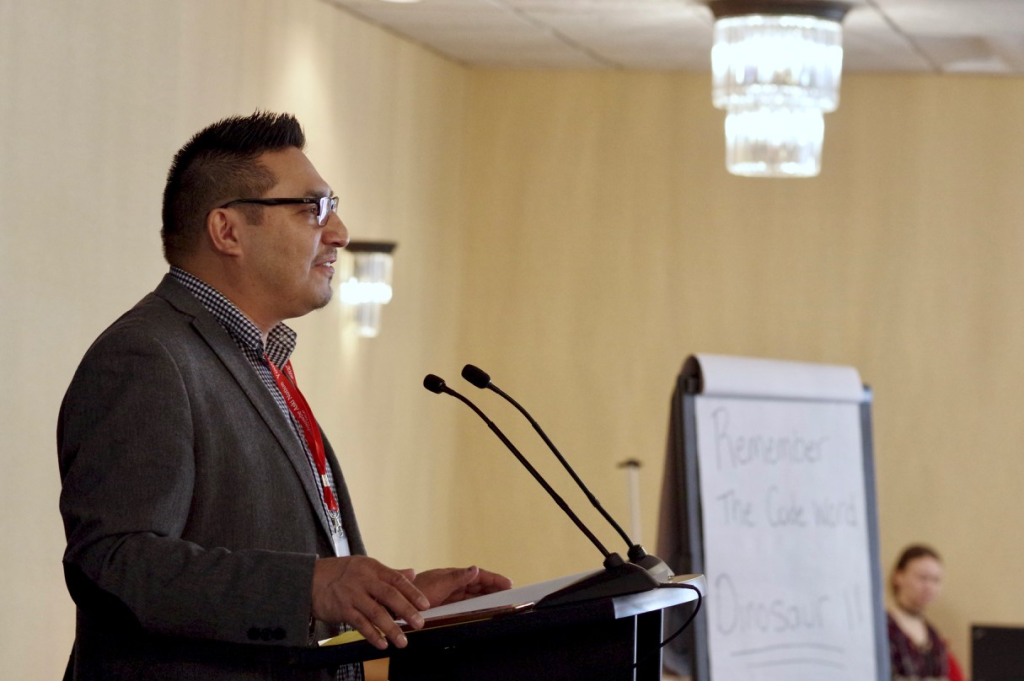 Kiiwetinoong MPP Sol Mamakwa was reelected with 55.98 per cent of the votes during the 2022 provincial election on June 2. Photo by Rick Garrick.

Kingfisher Lake’s Sol Mamakwa was re-elected for a second term as Kiiwetinoong MPP on June 2 with 55.98 per cent of the votes according to Elections Ontario’s unofficial election results on June 4. Mamakwa had 2,426 votes with a margin of 1,097 votes over second-place candidate Dwight Monck with 45 of 51 polls reporting as of June 4. About 27.4 per cent of the 15,820 registered electors on the list in the Kiiwetinoong riding voted.

“I’m proud and honoured to be able to serve again for the people of Kiiwetinoong,” Mamakwa says. “This time around its unique in the sense that you kind of know what to expect. You know, with four years under my belt, what’s going to happen and how the system works.”

Mamakwa adds that the NDP will be selecting a new leader after former leader Andrea Horwath stepped down after the election.

“So that’s a step in itself in order for the NDP to move forward as a party in Ontario,” Mamakwa says. “I’m sure there is going to be a process in appointing an interim leader and eventually a leader.”

Mamakwa says there are a number of issues that need to be addressed in the Kiiwetinoong riding, including the high cost of living, access to services, the opioid drug crisis, resource development in northern Ontario and the potential selection of a nuclear waste site near Ignace.

Mamakwa says the provincial government needs to bring services closer to home for people in the Kiiwetinoong riding.

“Another issue that is coming up is the opioid crisis,” Mamakwa says. “There are people dying in big numbers in our communities and we need to be able to address that.”

Mamakwa says there needs to be a process where everybody benefits from resource development in northern Ontario.

“What’s happening is because of COVID-19 both levels of government are having to do the economic recovery and they are focusing on the north and the lands and the rivers and the creeks that we have and not only that, the minerals that are in those territories,” Mamakwa says. “So we have to be able to have a process that we are at the decision-making table. We need to be able to find that process to make sure they work with us as partners, not stakeholders.”

Mamakwa says the First Nations teachings and ways of life, their language, identity and history come from the lands that they have been living on for thousands of years.

Mamakwa says he has been able to raise awareness of some of the issues affecting First Nations communities throughout the Kiiwetinoong riding during his first term as MPP.

“When we talk about the suicide crisis, the housing crisis, the infrastructure crisis, all these issues that are happening and the water crisis, we’ve been able to elevate those issues and change the trajectory of the thinking of the people that make the decisions up north,” Mamakwa says. “It was important as well to be able to bring that voice on the impacts of climate change, the environment, on our traditional territories because we are the first ones that feel those impacts and we need to be able to tell those truth telling stories about the people that are impacted by it and the unnecessary suffering that happened.”

“It gave me a platform to be able to speak on the real history of what Canada was built on when we talk about oppression, colonialism, even genocide,” Mamakwa says. “So I think we need to be able to share those stories to the people that are in those places that make the decisions.”

The PC Party was elected in 83 ridings, the NDP in 31 ridings, the Liberal Party in eight ridings, the Green Party of Ontario in one riding and an independent in one riding according to the unofficial election results on June 4. About 43.03 per cent of the 10,760,433 registered electors on the list voted.

About 56.67 per cent of the 10,246,066 registered voters voted in the 2018 provincial election, with the PC Party elected in 76 ridings, the NDP in 40 ridings, the Liberal Party in seven ridings and the Green Party in one riding.