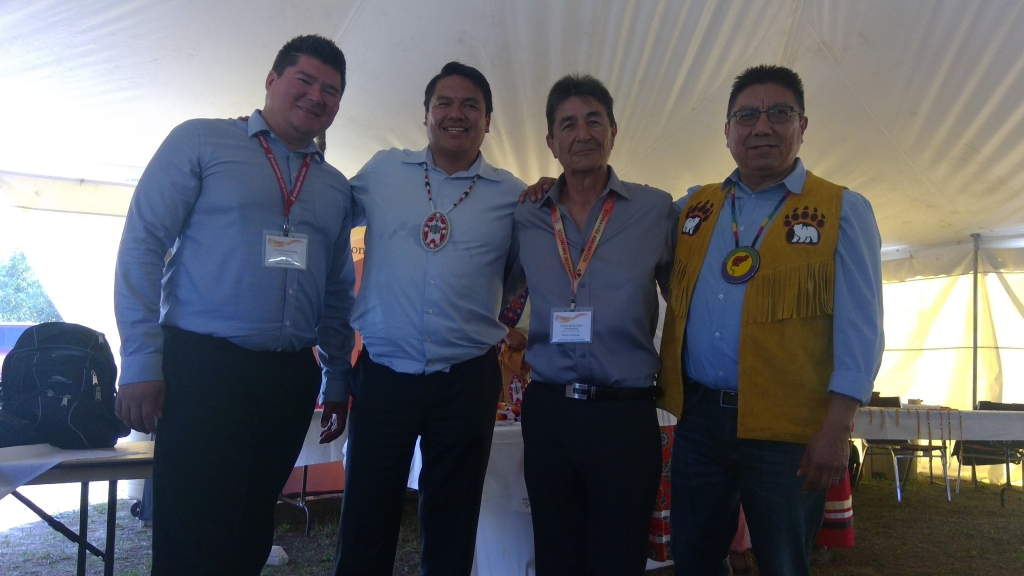 The new NAN Executive Council was voted in on August 15, 2018 at the XXXVII Keewaywin Conference. Left to Right: Deputy Grand Chiefs Jason Smallboy, Derek Fox and Walter Naveau pose for a photo next to re-elected NAN Grand Chief Alvin Fiddler.

“I am honoured to be re-elected as Grand Chief and I thank our Chiefs for giving me another strong mandate. I would also like to thank my wife Tesa and our two daughters, Allison and Lynette, for their continued love and support,” said Grand Chief Fiddler. “I look forward to working with my colleagues on the Executive Council and the Chiefs to advance our mandates to improve the lives of the people of Nishnawbe Aski.”

Also elected on August 15 were the three Deputy Grand Chiefs:

Priorities for the newly-elected Executive Council are to work with the NAN First Nations to develop a NAN-wide housing strategy, create an economic base for communities, and dismantle colonial legislation like the Indian Act, while continuing to transform health, education and child welfare services. The Grand Chief is also committed to ensuring that the new Ontario government honours existing agreements, including resource revenue sharing, with NAN First Nations.

The Grand Chief and Deputy Grand Chiefs were sworn into office immediately for a three-year term.