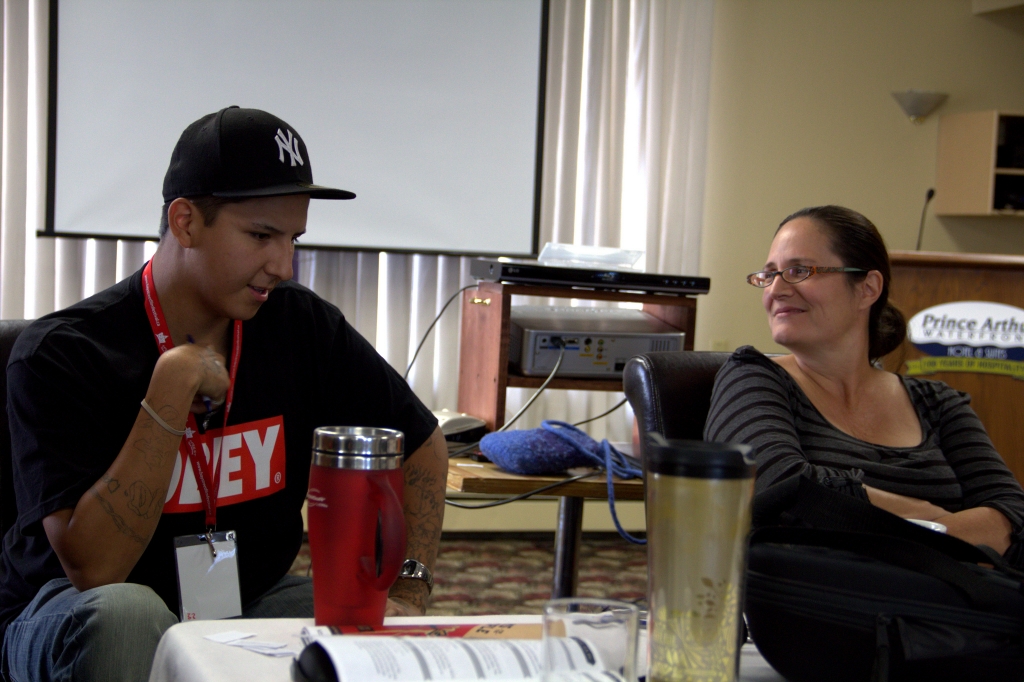 Docs North, a Thunder Bay-based film workshop organized by Flash Frame, will be hosting its third workshop program from September 4 to 8, and applications are open until August 9.
“During the five-day program, emerging and independent film, television and digital media producers from Northern and Northwestern Ontario learn about the art, craft and fundamentals of filmmaking from leading experts,” a Docs North press release reads.
Kelly Saxberg, chair of the organizing committee for Docs North, said the workshop is geared towards more experienced filmmakers, but that it welcomes filmmakers of all levels of skill.
“It’s for people that are making films in their communities,” said Saxberg. “There are a lot of people around like that.”
Travel grants and accommodations are available for filmmakers from urban, remote or rural communities in northern Ontario.
Caleb Magiskan, an Aroland First Nation band member who lives in Thunder Bay has taken the workshop in the past. Being a filmmaker is a dream of his.
“I went [to the Docs North workshop] in 2011 and 2012,” said Magiskan. “I already had a video in the Bay Street Film Festival, so I thought it would be good to get out there and meet new filmmakers.”
Magiskan said one of the skills he took away from the film workshop was the ability to balance and budget time for a film. He said he’d never really dealt with due dates for projects before.
“It was through Docs North workshop where we had to write, shoot and edit a video in one day and have it ready by the end of the day,” said Magiskan.
He said they were not able to complete their short video for the workshop, but it was a meaningful experience, showing an unfinished film.
Magiskan added that it made him consider how he spends his time while producing films.
“I was invited to attend again, and I am willing to go,” said Magiskan. “But I do have a job and hopefully my job and dream do not clash.”
Saxberg said the Docs North workshop was inspired by a workshop called, ‘Stories from Our Land’, a similar workshop she was able to see in Nunavut.
“It was a workshop done by the National Film Board of Canada, and they had all these Nunavut filmmakers from very small communities come into Iqaluit (Nunavut’s capital),” said Saxberg.
She said they had two days of sessions learning about camera, sound, story and editing, animation and marketing from film industry mentors such as Zacharias Kunuk.
To bring that concept back to Thunder Bay, Docs North brought forward Michelle Latimer, former head of ImagineNative – an indigenous media festival in Toronto – whose films have been featured at Sundance and the Toronto International Film Festival.
Saxberg, who has been a filmmaker for 30 years, will also be mentoring in the workshop.
She said they work collaboratively with those interested in coming to the workshops.
Saxberg said they are really encouraging filmmakers from remote communities to participate in the workshop.