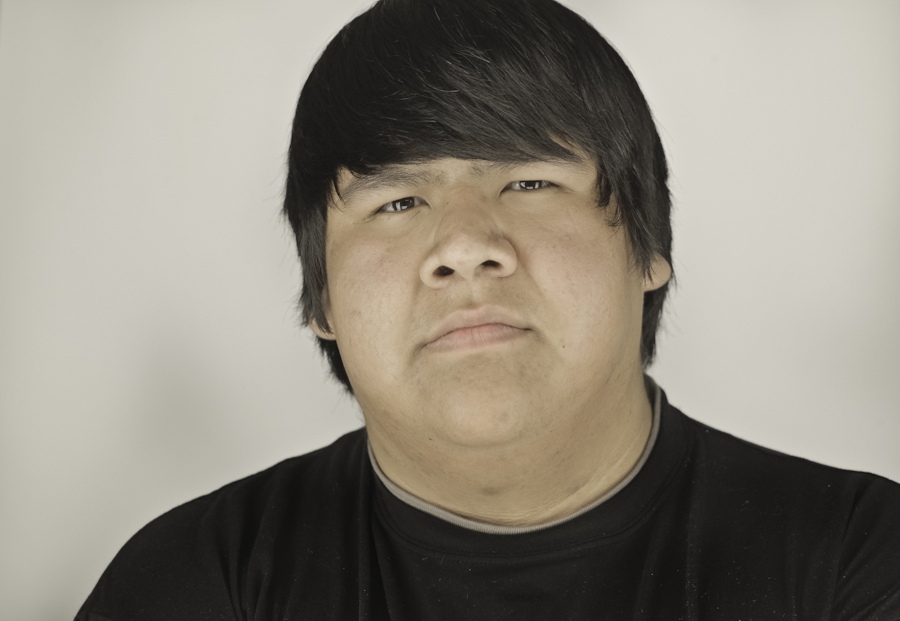 Joshua Yesno credits his family for his sucess with education, which now includes having completed two years at the Weengusk Film Institute.
“What helped me keep going is my family’s support,” Yesno shared. “Some of my family supports me by telling me how proud they are of me.”
Yesno, who is from Eabematoong First Nation, has overcome many struggles to receive an education.
He is currently studying at Weengushk Film Institute. Weengushk is a unique film and television training centre located in M’Chigeeng, ON. The school allows Yesno to explore his creativity and see his ideas come to life.
What fuels and inspires Yesno is “how whatever you write down… you see it come to life during production,” Yesno said. “The script is like a dream and production is reality.”
In high school, Yesno said that he and his cousins would envision movie scenes, unable to create them due to lack of knowledge and resources.
Yesno’s cousins and other members of his family were able to support him through difficult times while he attended St. Patrick’s High School in Thunder Bay. They continue to support him today.
Yesno, who considered himself “distracted” in school, struggled with hearing issues, diabetes, and the passing of his father, John Rae Yesno.
“It was difficult focusing, paying attention to the teachers, or anyone at all,” Yesno said of his hearing issues. “Often on, I’ll still struggle with focus.”
Yesno’s hearing was successfully corrected by surgery, his diabetes is controlled by a healthy diet, and he continues to heal by exploring the arts.
Yesno entered Weengushk Film Institute in 2010 after a visit to the home of the school’s director, Shirley Cheechoo.
“My mother met Shirley Cheechoo and was talking about her during a summer vacation,” Yesno explained. “We saw a sign with her name and we did a big U-turn. At her house, I was looking around and I saw some editing equipment. She told me she has a school.”
From there, Yesno registered at the school and moved out to Manitoulin Island in the fall.
“The first year I wasn’t always myself,” Yesno said. “I had to make a few sacrifices to attend the school, to get this education. But I met great friends who had similar interests.”
In addition to his family, Yesno is grateful for the support of Cheechoo and other teachers at the school.
“You get to know the instructors,” Yesno explained. “They’ve been doing this for 10 years and up. They offer support and references. They’re professional and talented and they’re very nice people.”
The Film Institute also brings in guest teachers who have found success working in the industry.
“We meet pretty amazing people,” Yesno said. “They make us better before we go to do our own thing.”
Yesno draws inspiration for his work from cartoons and movies. Experiences that him and his family have had are also reflected in his work.
“Usually it just pops into my head or a certain scene or movie will give me an idea,” said Yesno. “I think, that’s a cool shot, I want to make a similar one. I find a place to use it.”
For his first film, titled “Trapped”, Yesno reflected on a brutal beating which his cousin suffered several years ago.
“I wrote a story about a guy named John, which is based on him,” said Yesno. “I wrote the script, directed it and I shot it. We began editing after March Break.”
The concrete and hands on experience that Yesno is receiving ensures that he will be able to write, direct, shoot and produce several other films.
“When I’m done school, I’ll look for a full time job in the industry to continue my studies in the real world,” Yesno said. “My dream job would be as a director of photography.”
It is likely that Yesno will be able to secure a job in the industry – 80 per cent of Weengushk graduates are currently working in the film industry.
Shirley Cheechoo, who is Cree from James Bay, is the director of the Weengushk Film Institute. The school opened in 2002 after Cheechoo saw that youth were interested in film studies.
“I did a film called Bearwalker with 27 youth and they kept asking when I’d make the next film,” Cheechoo explained. “I know there are no resources here for filmmakers. Youth don’t have a lot to do here on the reserve. But (at Weengusk) they learn everything about production, cinematography, writing, and more.”
The school currently has 10 students, but Cheechoo says that she anticipates growth.
“I’m sure it’s going to grow,” she said. “Right now, our facility can only handle 10-15 students. From our experience, that number is great.”
The small student population allows for one-on-one attention and an increased amount of hands-on work.
“Many of them that came here are dropouts,” Cheechoo said of the students. “They can’t really learn in the academic setting. We do a lot of hands-on training, life skills training, business training. Many of the skills that they would’ve learned they learn through the art of film.”
Cheechoo, a successful filmmaker, writer and painter, knows each student personally – including Yesno.
“Joshua came to us… he’s going into his third year,” Cheechoo said. “We’ve seen a lot of development. He’s a very good writer, very creative. He takes care of himself.”
Yesno encourages youth to pursue their passions, and to keep film in mind as a potential career path.
“Whatever makes you feel comfortable, just do it!” said Yesno. “It’s your lifestyle, your choice. Be yourself and concentrate on what you really want.”
To learn more about Weengushk Film Institute, visit www.weengushk.com