Youth hold key to the future 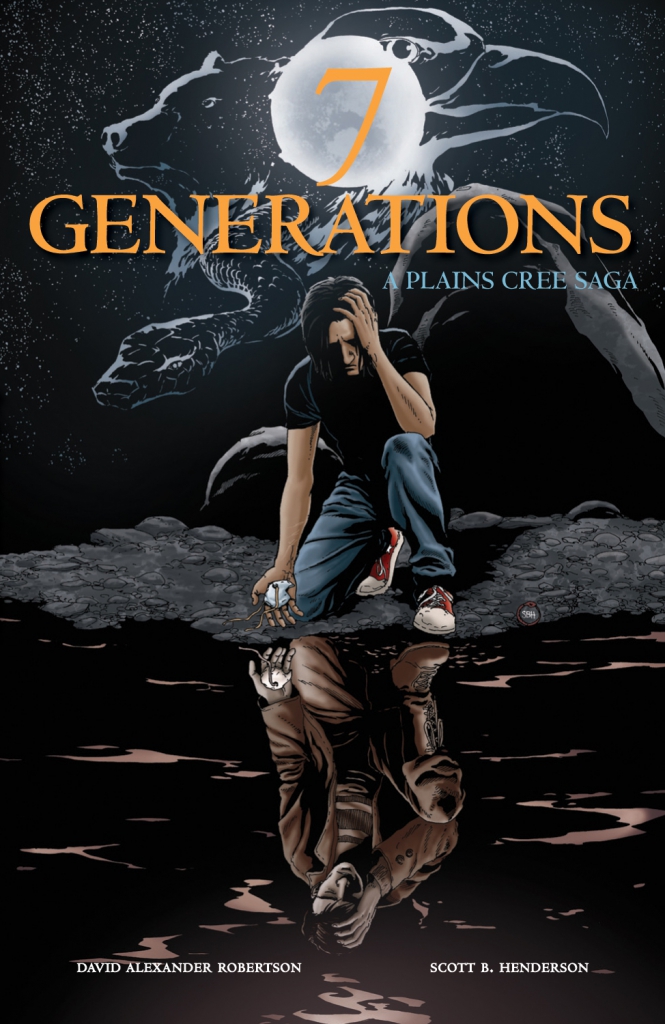 In the First Nations and Inuit Health section of the Health Canada website, it states that “suicide rates are five to seven times higher for First Nations youth than for non-Aboriginal youth.”
On World Suicide Prevention Day in September, Assembly of First Nations National Chief Shawn Atleo said “we must come together to stop the tragic loss of life due to despair and loss of hope, and focus on supporting and empowering the potential among our peoples.”
“Our young people must be supported to fulfill their dreams,” Atleo said.
David Alexander Robertson, a Swampy Cree graphic novelist, has worked with First Nations communities in Manitoba that have dealt suicide time and time again.
Though he himself cannot ever remember a time when he felt suicidal, he is certain there were “times when I felt like I wasn’t worth anything.”
“My dad was First Nations, but because my parents were separated growing up, I grew up disconnected from that part of who I was,” he said. Robertson explained that growing up, he learned about Aboriginal people and culture through stereotypes.
“It gave me a poor self-image and in many ways a broken identity,” he said. Later in his life his parents reunited, and Robertson made sure to reconnect with his First Nations roots. His work aims to shatter stereotypes and educate readers on the history of First Nations people.
“I understand somewhat why (suicide) happens. Loss of identity. Hopelessness. Isolation. Loneliness,” Robertson said.
Robertson works closely with communities who are plagued by suicides, one community having endured a rash of suicides amongst a circle of friends. “I think that when somebody does it (commits suicide), it seems easier somehow - which, of course, is never the case,” he said. “It is never easier on the ones left behind. It is almost romanticized to seem easier, too.”
Robertson can see the link between the First Nations youth of today and the youth from generations ago, especially the generations who were subjected to the assimilation and trauma of the Canadian residential school system. He explained that understanding the past helps the future become clearer.
“I don’t cope well with loss, especially preventable loss that stems from decades and centuries of history that has left our youth in the position that they are in today,” Robertson said.
One of the graphic novels he authored, a four-part series called 7 Generations, is about a young First Nation man who attempts suicide, and about how learning about his family’s past helps shape his future.
“I hope that (7 Generations) encourages youth to learn about their own history, and to heal. Whatever that healing looks like might be different for everybody, but healing in any way is important.”
Robertson feels that the reality of suicide isn’t just the end of a life but also the end of everything that could have been: the end of potential, end of love, and end of positive change.
“We all get stuck in these moments where we feel things cannot be better, and that it might be better if we just weren’t around,” he said. “What we find, though, if we find the strength to carry on, is that those moments pass by just as surely as time moves forward.”
“Imagine the things you can do if you find that inner strength. There is a book by Dr. Seuss that is called “Oh the Places You’ll Go” - just think about it.”
Robertson has a marvellous way of viewing the First Nations youth today, youth who may not realize their own potential and their own worth.
“What youth need to understand is that they have endless potential, and that the sun always rises. All that matters in the end is that they know they are worth it, and that they have amazing things to contribute to this world.”
“Our youth are beautiful. They are talented. They are powerful. And the more they realize and harness that power, the better we will be as a people and as a nation,” Robertson said.
“You see, there will come a time when our youth will be the majority in this country, and if they are prepared for that responsibility, then we will see a change that we can’t even imagine. Our youth hold the keys to our future. Period.”