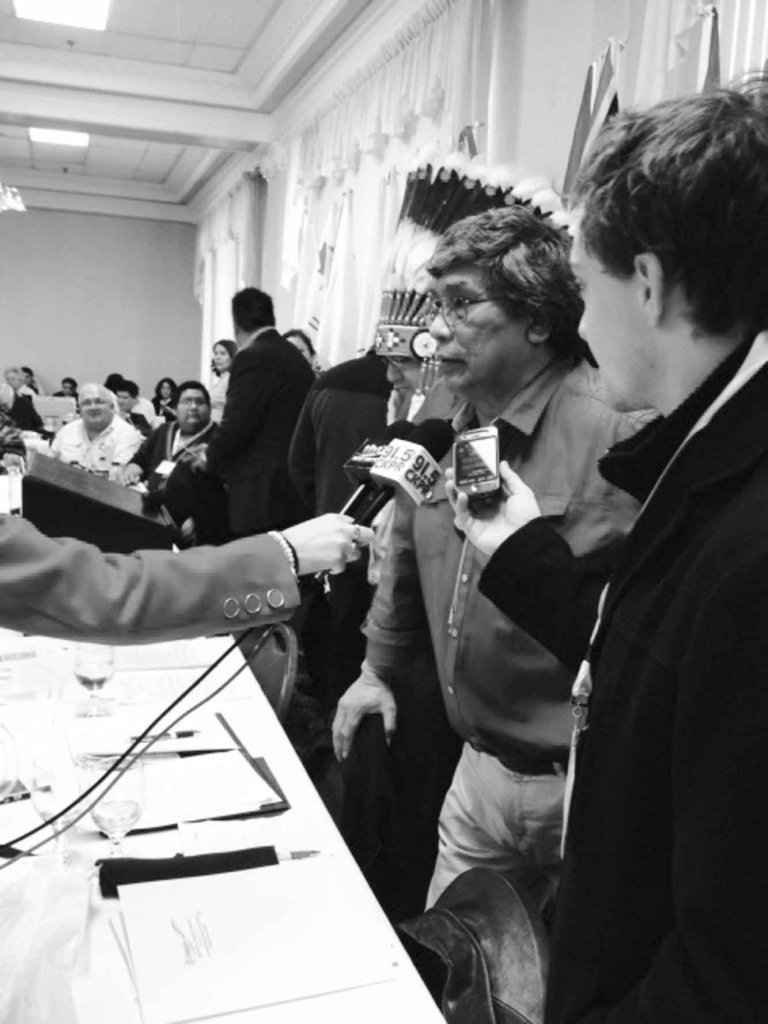 Nishnawbe Aski Nation has reiterated its rejection of the federal government’s legislation on First Nation education after it recently tabled Bill C-33, also know as the First Nations Control of First Nations Education Act.
“We are opposed to any legislation regarding First Nation education that does not reflect the unique circumstance of our communities, address the needs of our people according to our treaty rights, or honour our nation-to-nation relationship with the Crown as represented by the government of Canada,” said Deputy Grand Chief Goyce Kakegamic. “Education is a sacred responsibility that our chiefs have accepted, and NAN First Nations will not accept unilateral encroachment of this sacred responsibility.”
The NAN Chiefs-in-Assembly also rejected the legislation because it: gives the minister unilateral control over First Nations education; will force First Nations to assume ultimate liability over education while the government retains authority; does not respect First Nations inherent and treaty rights; does not respect or recognize First Nations jurisdiction over education; does not include early learning, adult education, or alternative education; and unilaterally defines the terms upon which First Nations will be educated.
“We strongly agree that there need to be standards in education, but this legislation does not support our vision for the future of education in Nishnawbe Aski Nation,” Kakegamic said.
“We have negotiated in good faith on self-governance and education jurisdiction since 1999 and we look to this government to honour this process as the way forward. This legislation does not address the many challenges our communities face in the delivery of education and is a blatant attempt to redefine and limit our jurisdiction to whatever the federal government dictates as appropriate.”
The NAN Chiefs-in-Assembly had previously rejected the October 2013 draft legislative proposal for similar legislation through the Nishnawbe Aski Nation Declaration on Our Inherent and Treaty Right to Education.
“We categorically reject any legislation imposed on us by the federal or provincial government as it is a direct violation of the treaties,” the declaration stated. “We will take action if the federal or provincial governments should proceed with any such legislation.”
Anishinabek Nation Grand Council Chief Patrick Madahbee also questioned the legislation.
“The minister of Indian Affairs has all the power and authority over First Nations education while taking on no legal responsibility whatsoever,” Madahbee said. “That’s the reality of the kind of control this government is talking about.”
Madahbee said First Nations had asked for an integration of language and culture, but the legislation makes French and English mandatory with an option of First Nation language, if the minister approves it.
“We asked for fair and equitable funding, so they announce vague promises of increased funding after the next federal election with no specifics on how it will be allocated,” Madahbee said. “Their idea of First Nation control of First Nation education is to allow First Nations to be administrators of legislation that’s forced onto them. If a First Nation school fails to meet provincial standards, regardless of being vastly underfunded, the minister has the legal right to put the school under third party management — that’s real control of First Nation education.”
Regional Chief Stan Beardy said the federal legislation doesn’t address the conditions raised by the Assembly of First Nations Chiefs-in-Assembly.
“The AFN had five conditions set out in a chiefs’ resolution and this announcement does not address them,” Beardy said. “Bill C-33 continues to take a disciplinary approach rather than a collaborative approach to improving First Nations education. First Nations have much more innovative ideas on how a collaborative approach would serve our students better but once again, we weren’t involved in the direction of a bill that affects our future.”
Beardy also called for a new round of consultation and collaboration for the new legislation.
“We soundly rejected this proposal at the Chiefs of Ontario November Assembly and at the AFN Assembly in December,” Beardy said. “But now we have a new bill with no input on its content.”
The federal government introduced the legislation on April 10.
“Our government knows that a good education can change a life,” said Bernard Valcourt, minister of Aboriginal Affairs and Northern Development. “That’s why I am so pleased that we have made reforming First Nations education a priority and introduced the First Nations Control of First Nations Education Act. This will help First Nations access the skills they need to live healthy and successful lives — this is good for First Nations, for Canadians and for our country’s future.”
The federal government said the proposed legislation will provide First Nations students with the education standards, supports and opportunities that most Canadians take for granted. It will require that First Nation schools teach a core curriculum that ensures students can transfer seamlessly between schools on and off reserve, that students meet minimum attendance requirements, that teachers are properly certified, and that First Nation schools award widely recognized diplomas or certificates.
The federal government also committed in a Feb. 7 announcement to provide for stable, more predictable statutory funding that increases annually at a rate of 4.5 per cent. The announcement was met with caution by several chiefs in Ontario.