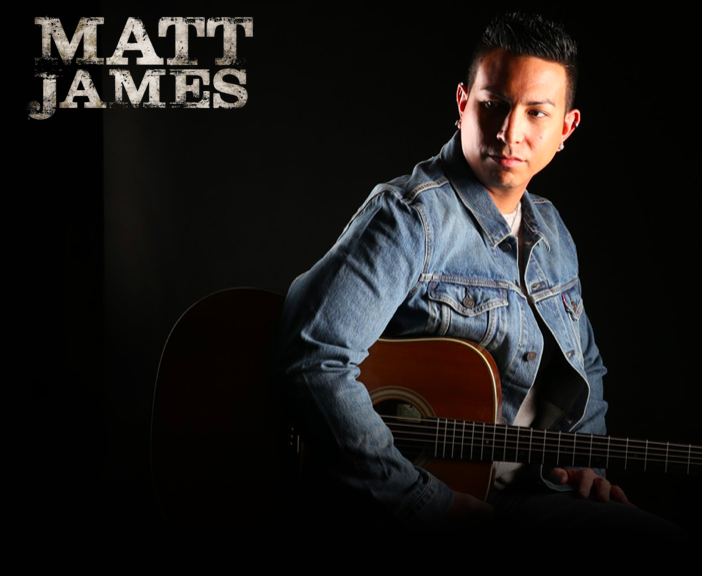 Matt James (Naveau) of Mattagami First Nations releases his first single, A Miner’s Prayer on iTunes on May 15, 2018.

His 8 song CD will be available on June 1, 2018, and will be released during his CD Launch Party in Sudbury at the Caruso Club on the same date.

“I am so pumped,” says Matt James, “this has been my dream all my life, to have a CD collection of my original songs, and to share my passion for music with the world.”

Matt James grew up in northern Ontario, in a small community called Mattagami, 45 minutes outside of Timmins Ontario.

His Grandmother was his first fan and believer that he had great talent for music, and that he could sing. “Keep singing, my Grandson,” Grandmother Naveau would say, “share that beautiful voice, Creator gave that to you, go out there and share it.”

To make his dream come true, Matt James teamed up with friend and musical band mate, Lee D. Roy. They played together for the last 10 years in a bluegrass group called The Canucky Bluegrass Boys out of Sudbury, Ontario. Matt played stand up bass, sang and wrote some of the songs. Together they fund raised for Matt James’ album which took them about a year to raise the $20,000 they needed.

Just when they were getting ready to drive to Nashville, Tennessee to start the recordings, Matt James’ father, James Naveau, passed away.

In a spiritual dream, Matt James dreams of his father, telling him the story of what it was like to work underground in the mines. Matt James wakes up from the dream and began to write quickly of what his father told him. Within minutes, he writes “A Miner’s Prayer,” which he dedicates to his late Dad.

The songs on the CD are very catchy, and very well suited for radio play under the category of New Country. Matt James’ strong and clear voice gives the songs an edge, drawing the listener to listen over and over again. Tours are being planned this summer and the album is being geared for many music award shows across the country and beyond.

The CD launch party will feature a full professional band led by Sudbury’s Paul Chapman, with musical interludes from Donny Reed, world Fiddle champion, and by Wapistan, first Juno Award Winner for Best Indigenous Music Canada; and all the way from Timmins, the Swamp Rockers will keep the party hopping for hours.