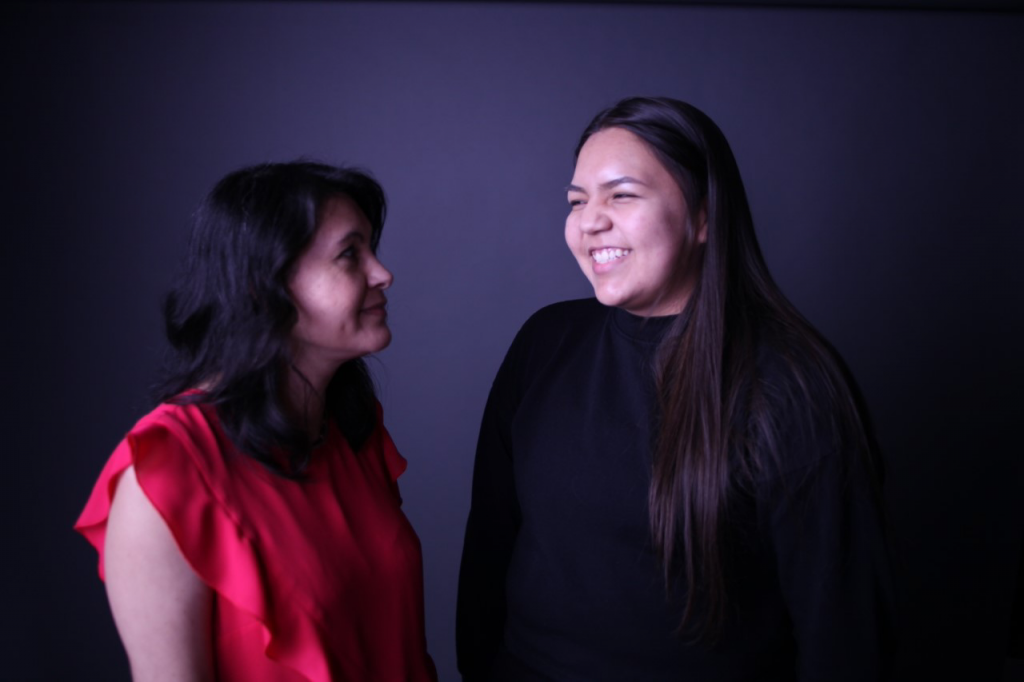 Eagle Lake filmmaker Victoria Anderson-Gardner, one of five recipients of $2,000 grants from Inconvenient Indian director Michelle Latimer and three producers, recalls looking at Neskantaga’s water crisis in 2018 for the CBC documentary In Search of a Perfect World.

“We were doing a feature-length documentary about the 70th anniversary of the human rights declaration so we were going to northern communities to explore the water crisis that was happening,” says Anderson-Gardner, a fine arts student at Ryerson University who has four years of film industry experience, including Inconvenient Indian. “It was interesting to see the system that was in place there at the time because they only had two water stations on the reserve that you can go to get your water from. I would see people walking with their big water jugs going to get their water for the day or whatever they needed.”

Anderson-Gardner and the other four Indigenous artists were selected by Latimer and Inconvenient Indian producers Jesse Wente, Stuart Henderson and Justine Pimlott for the grants as a way to pay support forward to Indigenous artists after Inconvenient Indian won the TIFF/Canada Goose 2020 Amplify Voices Award and a $10,000 cash prize at the Toronto International Film Festival this year.

“In the spirit of this award, meant to amplify creative voices, I wanted to pay this forward by supporting other Indigenous artists who are making an impact with their art,” Latimer says. “The artists selected here represent different mediums within the media and performing arts landscape and, in my opinion, their work exemplifies exceptional vision as well as a commitment to community engagement. Their unique voices are contributing to much-needed change in this industry, and it is an honour to support these visionary artists in their journey.”

Anderson-Gardner says it was an “amazing feeling” when Latimer called her about the award.

“It just feels like a lot of recognition was put into the works I’ve been trying to achieve,” Anderson-Gardner says. “It was really nice to have my work highlighted and to have it put out there more.”

“I’ve been in the industry now for about four years and I’m slowly feeling my way into film documentaries and into fiction films,” Anderson-Gardner says. “Right now I’m currently working on my first feature-length drama — Tenaya. I’m the co-director for it and it’s about a young black woman who discovers she is part Indigenous so she goes on this journey to discover this other part of herself but finds a lot of tension from both sides of her family.”

Anderson-Gardner chose a path in film after her sister passed away when she was 10-years-old.

“Her death just really impacted me, and it was actually a film (that) kind of brought me out of the path I was going on,” Anderson-Gardner says. “So I realized I wanted to be able to create content like that for someone else as well.”
In addition to In Search of a Perfect World, Inconvenient Indian and Tenaya, Anderson-Gardner has also worked on Becoming Nakuset, a CBC Gem and Loud Roar Productions short doc; The Hurt That Binds Us, a Voices With Impact short doc; and Mni Wiconi: Mitakuyelo, an imagineNATIVE and Netflix commissioned short doc.

The four other award recipients were Ziibiwan, an electronic music producer and composer from Wiikwemkoong; Bretten Hannam, a filmmaker living in Kespukwitk, Mi’kma’ki; Angela Miracle Gladue aka Lunacee, a dancer and beadwork artist from Frog Lake; and Lisa Cromarty, an actress, writer and voice coach from Wiikwemkoong.