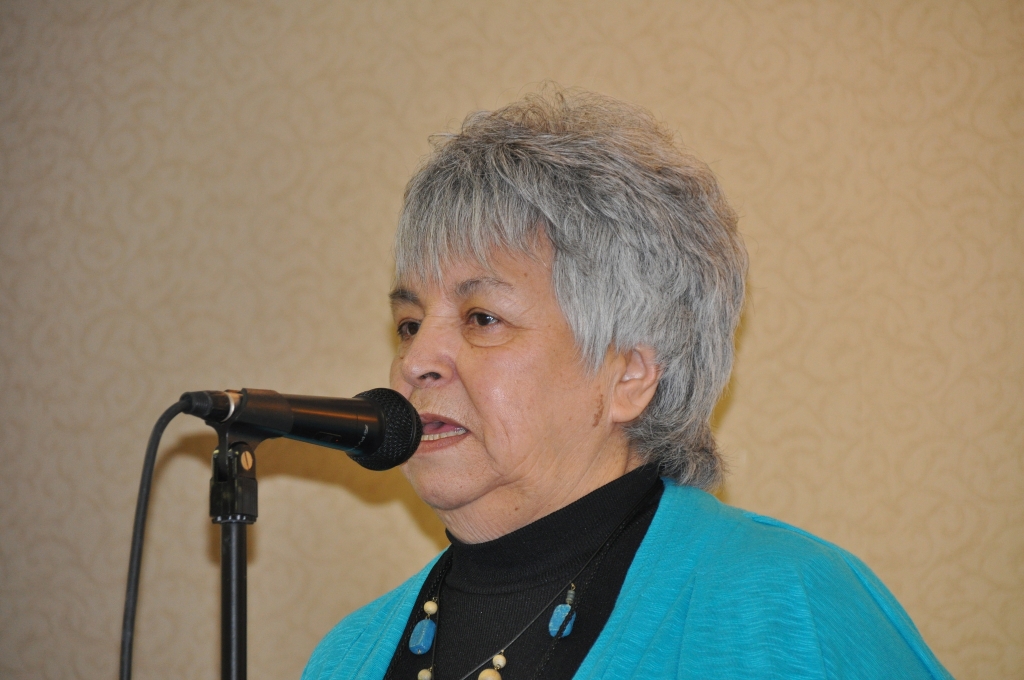 Nishnawbe Aski Nation (NAN) Women’s Council hosted a three-day conference called “Exploring our Past, Present & Future: Supporting the Women of the Nation” on the weekend of March 15.
The conference was aimed at strengthening and empowering women and explored the past, present, and future roles of women.
NAN Deputy Grand Chief Les Loutitt gave opening remarks for the conference on Friday and said that women embody the strength and integrity of NAN communities.
“I’m encouraged to see that positive change is happening and that NAN women are sharing their gifts with our communities both as caregivers and as leaders,” Loutitt said.
The first day of the conference focused on the past, which included European contact experience and residential schools. Several different cultural activities were also put on at Fort William Historical Park.
NAN Women’s Council spokeswomen Jackie Fletcher said that a lot of the speakers were “our own people. There were no consultants, or non-Natives. It was our own people telling our history as we experienced it and how we have been affected by it.”
Fletcher explained that the conference had over one hundred participants registered and that NAN has 49 communities. One woman from each community was sponsored to attend, although some communities did not show up.
“One community, Fort Albany, had eleven women at the conference,” said Fletcher.
The second day explored the present roles of NAN women, which included the post-colonial experience and also examined the roles of women through gender equality and leadership.
The last day of the conference focused on the future of NAN women, and discussions about healing and revitalizing culture were on the agenda, as well as future planning for the next seven generations.
“In the last day, we reviewed healthy ways of changing life,” Fletcher said. “Some talked about treatment programs they had gone into, and at first going in they thought it was a stupid place to be. But after they realized that there was a lot going on, where their parents came from regarding alcohol and drug abuse. And there was a clearer understanding of the impacts of residential schools and what their parents went through.”
Fletcher said that one of the activities was having the participants write down all of their “gifts” they have as a person on pieces of paper, which were later hung on the wall. She said a lot of the participants were amazed at how many skills they all had, and that they were more than just say a counsellor or band-worker.
“We have to start looking at the person holistically, to see what else they can bring to the community,” Fletcher said.
She added that there were a lot of young woman in attendance at the conference. “It was good to see,” Fletcher said.
Fletcher said that First Nation women have played a very important role in the growth of their families and communities.
“It is critical that there is support for the current and future generations of women as they work to carry on that proud tradition,” said Fletcher. “By working, healing and growing together the women of Nishnawbe Aski are rebuilding our confidence, pride and self-esteem.”
Fletcher explained that the participants were given feedback forms, which will be reviewed at an upcoming NAN Women’s Council meeting in Sault Ste. Marie.
“From what we heard from the participants, it was a really empowering conference,” Fletcher said. “They learned about the past and that we have to learn where we came from in order to move forward.”
The NAN Women’s Council supports women and families as they work toward healthy and fulfilling lives. The Women’s Council advocates for much-needed programs, activities and services to support and empower women in NAN First Nations.
Fletcher said that the council was short two people for the last year, and has now filled the empty chairs with Abigail Wesley and Chief Theresa Spence.
“We haven’t developed an agenda yet for the Woman’s Council, but we will be doing many things,” Fletcher said.