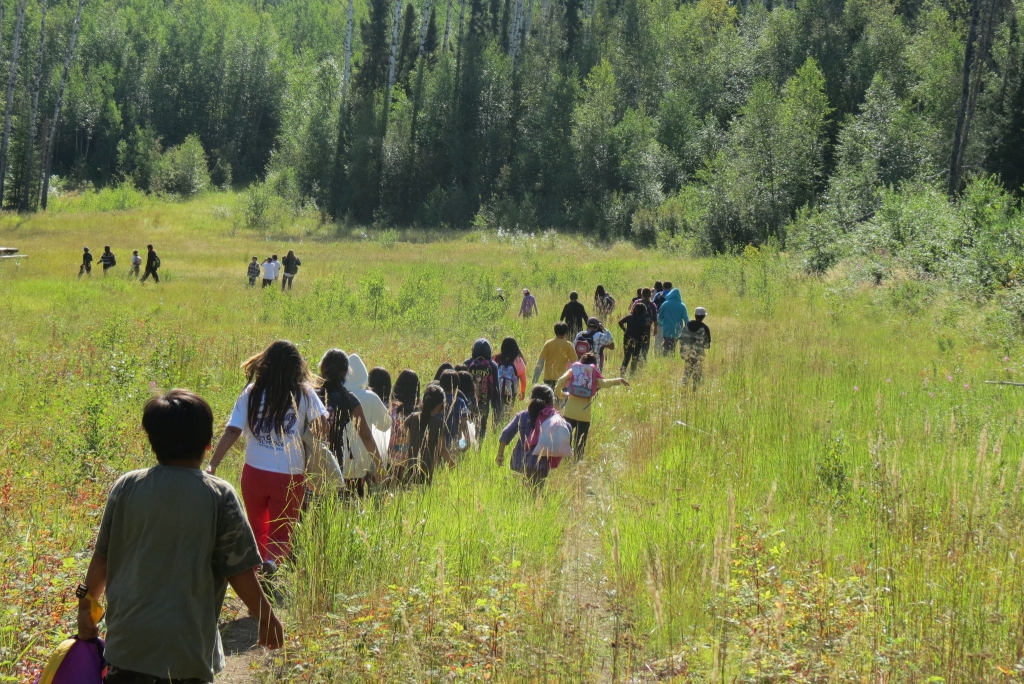 Sandy Lake First Nation played host to the Let’s Talk Science Camp on Aug. 20 – 24.
The science camp, previously known as Sandy Lake Diabetes Camp, has been happening every year for nearly a decade.
Gary Manoakeesic works for the Sandy Lake Diabetes Prevention program. He said that the mission of the program is to empower Sandy Lake and modify its lifestyle. The goal is to prevent type 2 diabetes in the community through education and physical activities.
Sandy Lake once had the most cases of type 2 diabetes per capita in Canada. Manoakeesic wants to prevent that from happening again.
“We do a lot of activities throughout the year, every month there’s a different activity,” Manoakeesic said. Activities included things like baseball tournaments, swimming, hiking, and walking.
Two years ago, the Sandy Lake Diabetes Camp turned into the Let’s Talk Science Camp.
“A team from the University of Toronto called Let’s Talk Science approached the program,” Manoakeesic said. “They wanted to incorporate science with the diabetes camp.”
Meghan Larin, one of the students from Let’s Talk Science, said that it was her first time in Sandy Lake.
“I’ve been working with Let’s Talk Science, like doing out-reach in the city,” Larin said. She explained that she was interested in making the journey to the far north because she knows that a lot of the children from communities like Sandy Lake are not necessarily exposed to science like the kids in Toronto are.
“I wanted to help teach kids who hadn’t had a chance to see things like this before,” Larin explained of the different activities the camp has to offer.
“This year’s focus of the camp was on cardiovascular health and the heart and lungs,” Manoakeesic said. “Last year the kids learned about the immune system.”
Manoakeesic said that there were 70 children, ages six to 16, who signed up for the camp this year.
“The kids were excited, a lot of them showed up early each day before the camp even started in the morning because they really wanted to be there,” Manoakeesic said.
Kristen McKay, a camp supervisor, said that the children had a lot of fun. Her favourite part of the camp was when they went out on the nature walk to the old Diabetes camp site.
“We also took the kids on a hike to look for traditional medicine. They learned about different plants and their uses,” McKay said.
Manoakeesic said that between the science camp and other activities, the community wants to stem the spread of type 2 diabetes.
“I am hoping that in the future with this generation of Sandy Lakers that the rates of diabetes will drop,” he said. “Preventing diabetes is worth it. Stopping diabetes is worth it.”
Manoakeesic said that the Sandy Lake Diabetes Preventing program is always looking for donations to help curb the instance of diabetes in the community and keep its members active.
“Baseball gloves, bats, hockey stuff - any kind of sports equipment will help,” he said.