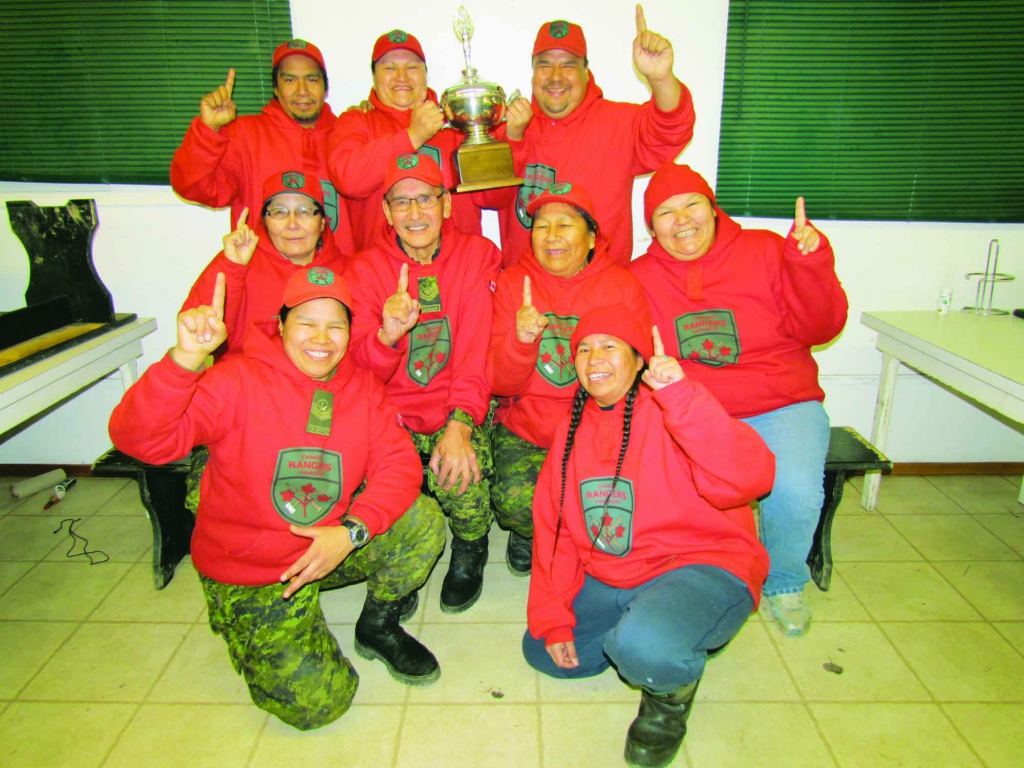 The largest number of Canadian Rangers ever to gather in northern Ontario have completed a five-day search and rescue training exercise.
“We had a record 101 Canadian Rangers from 21 communities participate in Exercise Ranger Tracker,” said Captain Mark Rittwage, officer commanding the Canadian Rangers in northern Ontario. “It was a great collective training exercise. It was highly successful.
“It is the largest gathering of Rangers we have ever had in northern Ontario. And to the best of my knowledge this is the largest gathering of Rangers for any reason anywhere in Canada.”
The exercise took place at the Ontario Ministry of Natural Resources forward fire attack base at Rinker Lake, 96 kilometres north of Thunder Bay. It included instruction in first aid, dealing with mass casualties, setting up a search and rescue command post, warming people who have gone through ice, day and night navigation, and other skills needed by Rangers in emergencies.
A total of 71 Rangers took two days of instruction before completing a written examination and receiving their military first aid certificates. The other 30 Rangers were already qualified.
A highlight of the exercise was a sunrise ceremony on November 8, Aboriginal Veterans Day. The Rangers, with military and community flags flying, paraded at the edge of the lake and formed a giant circle around a fire, where Master Corporal Stanley Stephens, a Constance Lake Elder, addressed them. “This is an important day today,” he said. ”We thank our veterans with all our hearts.”
The annual Ranger Tracker exercises are the culmination of a year of training for the Rangers. “They confirm that they have what it takes to respond to an emergency situation,” Rittwage said. “You can see the confidence that exudes from them. They know what they are doing. They feel good going back to their communities. If they get a call for search and rescue or for just basic first aid they are going to be able to respond in a timely manner and be able to help.”
Sergeant Freeman Ningewance, commander of the Lac Seul Ranger patrol, said he will take many new skills back to his patrol members. “It was a good experience for me,” he said. “It was pretty awesome. I learned a lot of new things I didn’t know. I know the area around Lac Seul, but here I had to learn to navigate in an area I didn’t know, using GPS, a map and a compass. I learned how to warm someone who had gone into cold water and how to recover an ATV from a river.
“People who didn’t come, they missed a lot of activities and a chance to meet a lot of good people for the first time. They missed out big time. It was a huge experience for me.”
The Rangers’ enthusiasm to learn new things impressed Warrant Officer Barry Borton, the exercise’s training coordinator. “The competition between teams at the end of the exercise was great,” he said. “Rangers from different communities had to work together. They were tested on 10 sites.
“The night navigation was voluntary but every team participated. They wanted the extra points that went with it. They all wanted to have their names on that big silver trophy for the winning team.
“They had been out in rain and sleet all day and they were soaking wet. But they all volunteered to go out again after supper on the night navigation exercise. The competitive edge they displayed was impressive and the level of leadership was phenomenal.”
The trophy for the best of the 11 teams was won by a 10-member team composed of Rangers from Neskantaga, Peawanuck, and Constance Lake. It was led by Master Corporal Pamela Chookomoolin of Peawanuck.
A number of Rangers received specialized instruction from two Ontario Provincial Police search and rescue experts in how to set up a search command post to enable Rangers and the OPP to work together. “The OPP and the Rangers work together on searches and the OPP have high respect for the Rangers and their abilities,” Borton said. “To have the OPP come out to train the Rangers, that’s a big thing.”
(Sergeant Peter Moon is the public affairs ranger for 3rd Canadian Ranger Patrol Group at Canadian Forces Base Borden.)