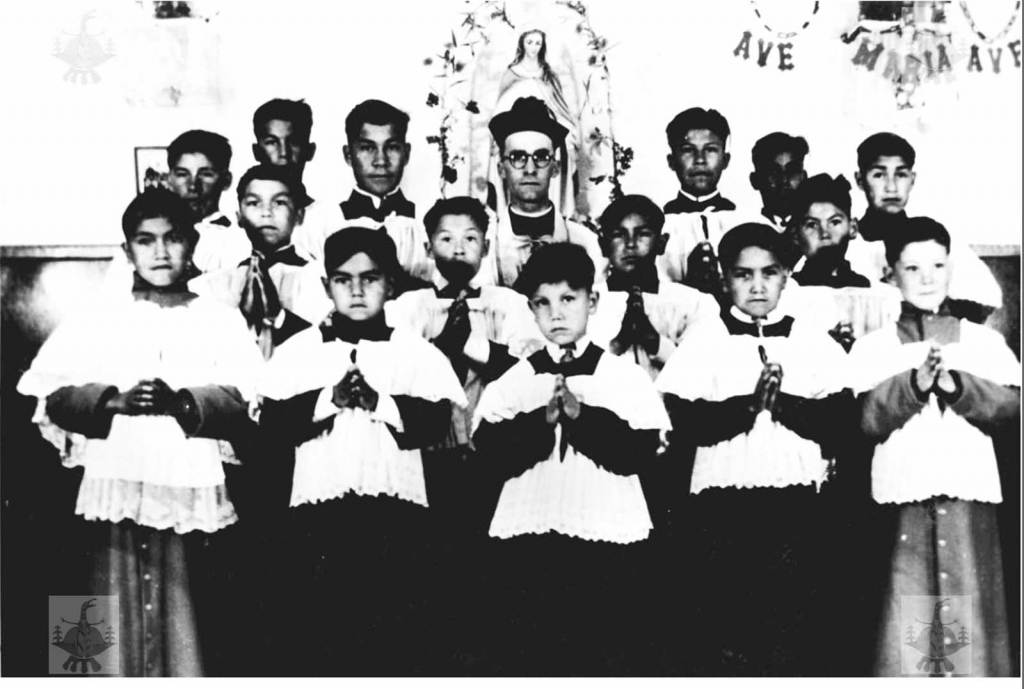 The federal government has been ordered to hand over files related to an investigation of abuse suffered at St. Anne’s Indian Residential School in Fort Albany.
The Ontario Superior Court of Justice ordered the Canadian government to produce documents to survivors and the Truth and Reconciliation Commission (TRC) relating to a 1990’s criminal investigation into abuse.
Justice Paul Perell found that Canada “too narrowly interpreted its disclosure obligations”, and that “there has been non-compliance [with the Indian Residential Schools Settlement Agreement], and Canada can and must do more in producing documents about the events at St. Anne’s”.
The federal government had withheld the files, citing privacy concerns for those survivors who gave a testimony during the investigation.
A group of survivors took the government to court to release the documents last year, and attended a two-day court hearing last month to plea their case.
Edmund Metatawabin of Fort Albany was among the survivors seeking access to the documents.
Last summer, he told Wawatay News about the abuse he suffered at St. Anne’s, which included being strapped to an electric chair.
He recalled being about seven-years-old when he first was forced to attend the school, and he remembers the procedure in which the children were brought into the boys’ room and systematically lined up by age.
“The little ones first,” he recalled. “And I was I think about number seven or eight, meaning I was one of the smaller ones.”
One by one, the children sat on a wooden seat and had their arms strapped to the metal chair. A Brother stood by a wooden box with a crank, ready to send the electric charge to the chair and the child strapped to it.
Being so young, often the children’s legs dangled over the edge of the seat, and when the charge was sent, it created what would be an amusing sight for the Catholic school administrators.
“Your feet is flying around in front of you, and that was funny for the missionaries,” Metatawabin said. “So all you hear is that jolt of electricity and your reaction, and laughter at the same time. We all took turns sitting on it.”
NAN Deputy Grand Chief Alvin Fiddler and other First Nation leaders welcomed the court’s decision.
“We are pleased that the Court agrees that the Government of Canada has a legal obligation under the Indian Residential Schools Settlement Agreement to release these documents and that the truth about this shocking abuse will be fully revealed,” Fiddler said in a press release.
“It is critical that Survivors have access to these documents in order to be fully compensated and that the TRC be permitted to fulfill its mandate to protect this significant part of history for generations to come.”
During the two-day hearing from Dec. 17-18, the federal government was challenged over its decision to withhold the extensive police files relating to sexual and physical abuse by former school employees. Beatings, rape and the use of an electric chair were documented by a five-year investigation by the Ontario Provincial Police, which resulted in the criminal convictions of six school officials.
St. Anne’s Survivors have fought for the release of these documents after it was revealed that they have been in the government’s possession since 2003.
“The survivors of St Anne’s acted in good faith when they agreed to take part in the Independent Assessment Process but the government’s failure to provide this evidence to the claimants and independent adjudicators raised significant questions as to whether they would ever receive the justice they deserve,” said Fiddler, who holds the justice portfolio. “This ruling ensures that the facts behind this terrible chapter in history are preserved and it is shameful that it has taken two court orders to compel the government to honour its obligations under this process.”
Ontario Regional Chief Stan Beardy also applauded the decision and said that the government must work together with First Nations.
“The federal (and provincial) governments needs to stop their retaliatory approach and to stop seeing First Nations as liabilities—this was not in the spirit in which the Treaties were made,” Beardy said in a media release.
He added: “The release of documents must be done quickly, without further delay.”
National Chief Shawn Alteo also commented on the decision.
“The release and disclosure of documents related to residential schools is an essential part of the truth-telling process and truth is essential to reconciliation,” he said in a release. “We want to see all jurisdictions release the necessary documents so the TRC can fulfill its mandate. This should not require extensive legal battles as it is consistent with the residential schools settlement agreement and the overarching goal of reconciliation for First Nations and Canada.
The ruling represents the second time in a year that the court has found that the Government of Canada has failed to comply with its obligations to produce documents to the TRC.
In January 2013, Justice Stephen Goudge ordered the government to produce documents housed in Library and Archives Canada to the TRC, which had been previously withheld.