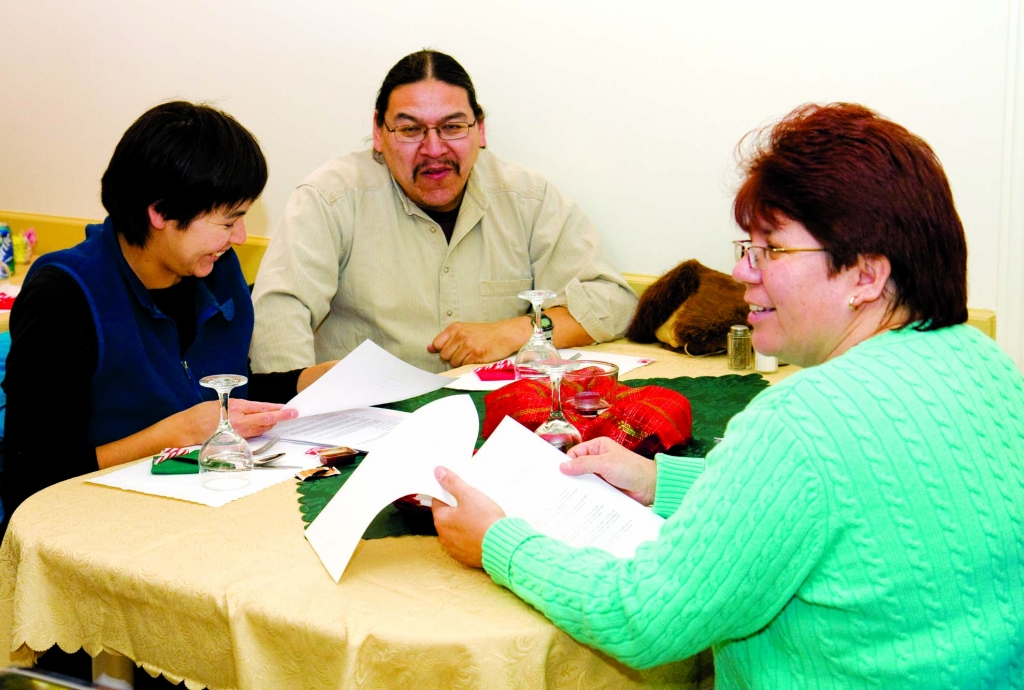 Members of the MoCreebec Council of the Cree Nation and First Nations leaders are mourning the loss of a chief described as a well-respected and dedicated leader.
MoCreebec Council of the Cree Nation Chief Randy Kapashesit, 51, died of a massive heartattack on April 25 while visiting family in Minneapolis, MN. While what led to the heart attack has yet to be determined by a coroner, MoCreebec Chairman Allan Jolly said that Kapashesit had previously been diagnosed with a thrombotic disorder and required blood thinner medication.
Kapashesit’s path to becoming chief began when he was a York University student studying political science. At the time, MoCreebec was a young organization led by Jolly.
“He made the initial contact with me, and he expressed interest and wanted to be involved with MoCreebec,” Jolly said.
Members of MoCreebec trace their ancestry to the people along the east coast of James Bay in Quebec. However, they were not signatories to Treaty 9 and do not receive any governmental funding.
In 1980 Jolly formed MoCreebec to represent the interests of its members, but he had no political background and needed someone with a greater understanding of politics to help guide the organization.
“When (Kapashesit) told me he was a political science major, I said ‘You’re just the kind of guy we’re looking for,’” Jolly said.
In a tribute to Kapashesit on the MoCreebec website, Jolly wrote: “It wasn’t long after joining MoCreebec that his peers/colleagues noticed his intelligence, his ability to express and articulate ideas, his skill to understand aboriginal issues of the day and to formulate strategies in how best to approach in dealing with those issues especially as it concerned MoCreebec.”
Upon graduating in 1986, Kapashesit joined the organization full-time and used his education, intelligence, and perseverance to help guide MoCreebec politically and economically, Jolly said.
Kapashesit was instrumental in drafting the constitution that would form the basis of how MoCreebec Council of the Cree Nation would operate and function as a political organization, which was based on the cultural history, traditions, values and beliefs as central in the political, social and economic life of the MoCreebec people.
When the constitution was signed in 1993, Jolly recommended that Kapashesit be chief, a position he would hold for 25 years until his passing.
As chief, Jolly said, Kapashesit helped in advancing the profile and plight of the MoCreebec people at the local, regional, national, international levels.
Kapashesit is remembered as a tireless supporter of Aboriginal rights and the environment, as well as a promoter of indigenous economic sustainability. He was also chosen as the representative for the United Nations North American Indigenous Caucus, serving on the
planning committee for the United Nations 2014 World Conference on Indigenous Peoples.
In describing Kapashesit, Jolly said “His demeanor was always one of being calm, cool and collected in all situations. He never displayed an over-emotional reaction with anyone or to anything.”
The sudden death of Kapashesit came as surprise for everyone in the community.
“We’re shocked,” Jolly said. “It makes people feel bewildered as we try to figure what happened.”
Jolly said they feel a tremendous loss and that a deep void has been left with his passing.
“We just feel that MoCreebec has lost its good right arm with the passing of Randy,” he said.
Other First Nations leaders also felt the loss of Kapashesit’s passing.
Mushkegowuk Grand Chief Stan Louttit offered his condolences to the community.
“The passing of (Kapashesit) is a huge loss to the MoCreebec Nation and also for the
Aboriginal people in North America,” Louttit said in a statement. “This huge sudden loss in our lives is being felt throughout the Mushkegowuk Nation.”
NAN Grand Chief Stan Beardy said he worked with Kapashesit on many issues over the years.
“It is a great loss to the community and for the First Nations at large,” he said in a
statement “He was a well-respected and dedicated leader who accomplished a lot for his community particularly in environmental and eco-tourism sectors. He has definitely left a legacy for many of us to follow.”
National Chief Shawn A-in-chut Atleo of the Assembly of First Nations said that Kapashesit was vital in the efforts of First Nations across Canada and Indigenous Peoples globally to achieve recognition and a better quality of life for all Indigenous Peoples.
“While his passing is a shock and tremendous loss for the people of MoCreebec and the leadership circles he shared, Chief Kapashesit’s strong vision and dedicated efforts will carry on through the younger generations he helped lead,” Atleo said in a statement.
The body of Kapashesit is expected to be transported to Moose Factory on May 1 where funeral services will take place on May 3.