Men lost in blizzard found in complex search and rescue 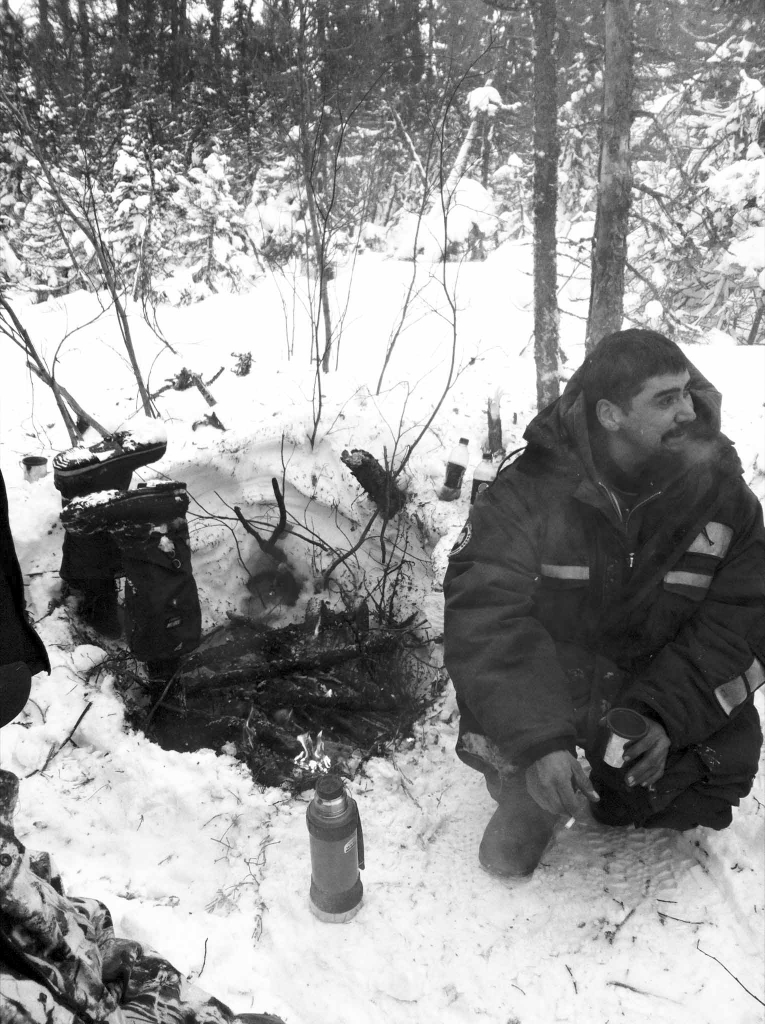 Two Peawanuck men who got lost in a surprise blizzard were found alive after a complex search and rescue mission that involved Canadian Rangers, two Royal Canadian Air Force planes, a Wasaya Airways passenger aircraft, and members of the community’s search and rescue team and community volunteers.
“I think it was an excellent result,” said Sergeant Jamie Stirling, provincial search and rescue coordinator for the Ontario Provincial Police. “They brought two persons back to the community who would no doubt have perished if they had not embarked on the search and rescue mission to find them.”
The missing men, Mike Koostachin and Virgil Wesley, both experienced hunters, praised the persistent efforts of everyone involved in the extensive efforts to find them.
They left Peawanuck on snowmobiles to go ice fishing at a cabin on Gooseberry Creek, about 45 kilometres north of Peawanuck.
“Shortly after they left the community a freak storm came in and they got almost a couple of feet of snow in about 24 hours,” said Captain John McNeil, operations officer for 3rd Canadian Ranger Patrol Group.
The storm began shortly after the men left Peawanuck on Dec. 3. They were found on Dec. 7.
The men quickly lost contact with each other in the driving snow and became separated and disoriented as temperatures dropped to –15C.
When the men were reported missing after two days, two Rangers set out from Peawanuck to search for them but were forced back by the bad weather and snow conditions. A Wasaya plane, with Rangers on board, diverted from a scheduled flight to conduct an aerial search of the area where the men were thought to be missing but found no trace of them.
The weather prevented an OPP helicopter joining the search but a Hercules aircraft from Canadian Forces Base Trenton began a search of the area. The crew reported seeing light in a cabin and directed a search team made up of two Rangers and two community members to the cabin. The searchers found Koostachin inside.
He had a small fire in the stove but had frostbite in his hands and feet. The rescuers found he was suffering from hypothermia and was barely able to respond to questions.
Koostachin’s snowmobile had run out of fuel and he had walked for three days without food for more than 12 miles through the storm and deep snow to find shelter in the cabin, which is a community hunting lodge. He was transported back to Peawanuck where he was released after treatment at the nursing station.
“I was asleep and the sound of their machines woke me up,” said Koostachin. “They got the fire going and they gave me tea and food. I was very happy. I didn’t think I would survive another night.”
The RCAF aircraft was forced to abandon its search for the second man and returned to Trenton when its fuel ran low. It was replaced by a second RCAF Hercules from Winnipeg, which reported seeing a possible heat source on a nearby river. A second search team, who were following foot tracks they had found, was guided to the heat source by flares dropped from the aircraft and found Wesley huddled next to a small fire. He was provided with dry clothing, food, and liquids and taken back to Peawanuck where he was released after treatment at the nursing station.
Wesley said he spent the first night sleeping under his sled after he ran out of fuel. He kept walking for the next three days to keep occupied and warm while he looked for landmarks to make his way home. He made improvised shelters at night but ran out of food. His first words to his rescuers, he said, were: “Hallelujah.”
The search was conducted from a command post set up by the Rangers in Peawanuck and supported by members of the community’s search and rescue team and local residents. Rangers in Fort Severn were on standby and prepared to join the search if they were needed.
“The Rangers really did a tremendous job, along with the community members who took part.” McNeil said. “They truly delivered and they definitely saved two lives.”
(Sergeant Peter Moon is the public affairs ranger for 3rd Canadian Ranger Patrol Group at Canadian Forces Base Borden.)