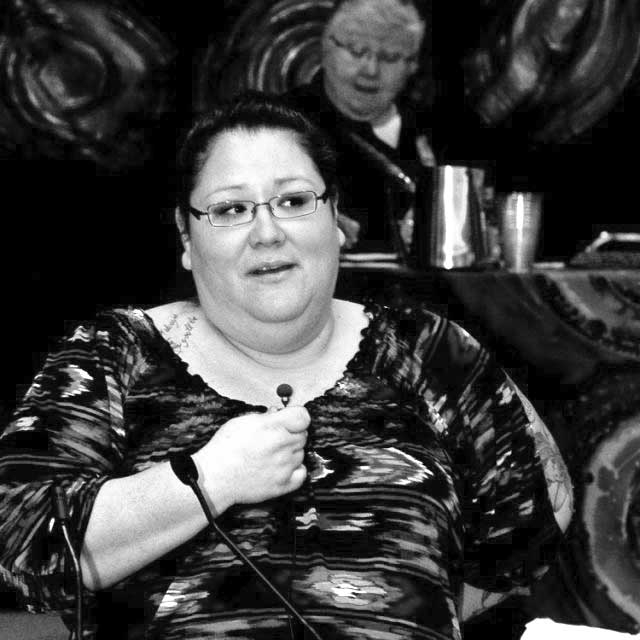 In March of this year, legalized brothels, or “bawdy houses” were given the go-ahead by the Ontario Court of Appeal and could become a reality within the next few months. Hiring security and drivers for women who work in the sex-trade was also legalized. Exploitation by “pimps” is still illegal, as is soliciting sex on the streets.
“The reason solicitation is still illegal is because it’s a public nuisance,” Lana Ray, who works at Ontario Native Women’s Association (ONWA), said.
Even though living off of the avails of a prostitute is still illegal, Ray worries that legalized brothel houses will make it harder to prove that there is still exploitation going on.
“Legalized bawdy houses are just providing an environment where the pimps and Johns can flourish,” Ray said.
“There were two non-Aboriginal women working in the sex-trade who wanted this,” Ray said of the two women at the forefront of pushing the legislation that passed in March.
The decision to legalize brothels was met with as much joy from sex-trade workers who believe the law will make their work environment safer as disdain from ex-sex trade workers who believe it will make the situation worse.
“It will make it harder to obtain warrants to prove there are underage girls working in those brothels,” Bridget Perrier said.
Perrier is an activist for anti-prostitution who helped create the website SexTrade101.com. She started her life in prostitution in Thunder Bay at the age of 12 and knows all too well the harsh reality of the sex-trade.
One of the main arguments from those who are supportive of legalized brothels is that prostitution is “the world’s oldest profession.”
The “oldest profession” is still alive and well today in Thunder Bay, according to Ray, who works with Ontario HIV/AIDS Strategy in assisting women who engage in the sex-trade. Ray views these women, who often utilize ONWA’s many programs, as victims who are left with no choice other than to work as prostitutes. She knows many of them to be survivors of childhood traumas.
“We need to view Aboriginal women as being sexually exploited, a survivor, as opposed to being a sex worker or criminal,” Ray said.
Perrier, who worked the same streets as many Aboriginal women she viewed as being marginalized through drug-abuse, acknowledged that many of the Johns she encountered were “mostly white, between the ages of 18 and 30,” and that the majority of them were married.
“Those men who are trolling the streets need to be punished,” Perrier said.
Ray also said that it should be illegal to buy sex and not to sell it. “Punish the demand, the Johns,” she said.
Both Perrier and Ray agree that colonialism had a profound effect on both Aboriginal women entering the world of prostitution and the Johns who still prey on this race of women for sex.
A report called Prostitution of Indigenous Women: Sex Inequality and the Colonization of Canada’s First Nations Women by Jackie Lynne and Melissa Farley explains that there was a transformation of Aboriginal people in Canada from a state of good health that initially impressed European settlers to ill health after sources of food and supplies diminished.
“Traditional economies collapsed” read the report. The report states that theft of the land and destruction of traditional ways for the Aboriginal people of Canada left them in extreme poverty.
According to the report, extreme poverty in any culture is associated with a high rate of prostitution.
Edward J. Hedican wrote in his book Applied Anthropology in Canada that Aboriginal people in Canada suffer more so than any other people because they are a part of a controlled, exploited and colonized race who face many barriers. He explained that Aboriginal women, being part of these oppressive conditions, are faced with a “triple jeopardy” since they are first women, then Aboriginal women, and finally also members of dependent communities in Canada.
Perrier said that when she was working as a prostitute, she saw fellow Aboriginal girls disappearing from the streets and that nobody looked for them. “I saw how society painted them, when I used to run away the police would tell my parents not to report me as a missing Aboriginal girl. They said I was Caucasian.”
“In Canada you can murder by race and class,” Perrier went on to say. “It’s a proven fact if you’re a marginalized vulnerable women, the person who kills you won’t get that much time.”
Violence against women in the sex-trade was a motivator for allowing legalized brothels and security because some sex-trade workers view it as making their work environment safer. Many Aboriginal women have been murdered or are reported missing in Canada, the majority of them known to have been involved in prostitution.
“Aboriginal organizations would give a similar response, there is a high rate of prostitution in our community,” Ray said. “Not many of the women who have come to ONWA have put a number on it when they started (prostituting), they just said they were young. Some were concerned that there were younger girls out there.”
Ray said there remains a disproportionately high number of Aboriginal women involved in prostitution, and that the number of Aboriginal youth involved in the sex-trade is disproportionate as well.
“These women are being exploited,” Ray said, adding that the Aboriginal women involved in prostitution should be viewed as being trafficked and coerced into the lifestyle. “They (the prostitutes) say that they have no other choice.”
Perrier is worried that with legalized brothels on the horizon, more girls will think of prostitution as a viable career choice.
“It’s really not,” Perrier said. “They need to know that.”