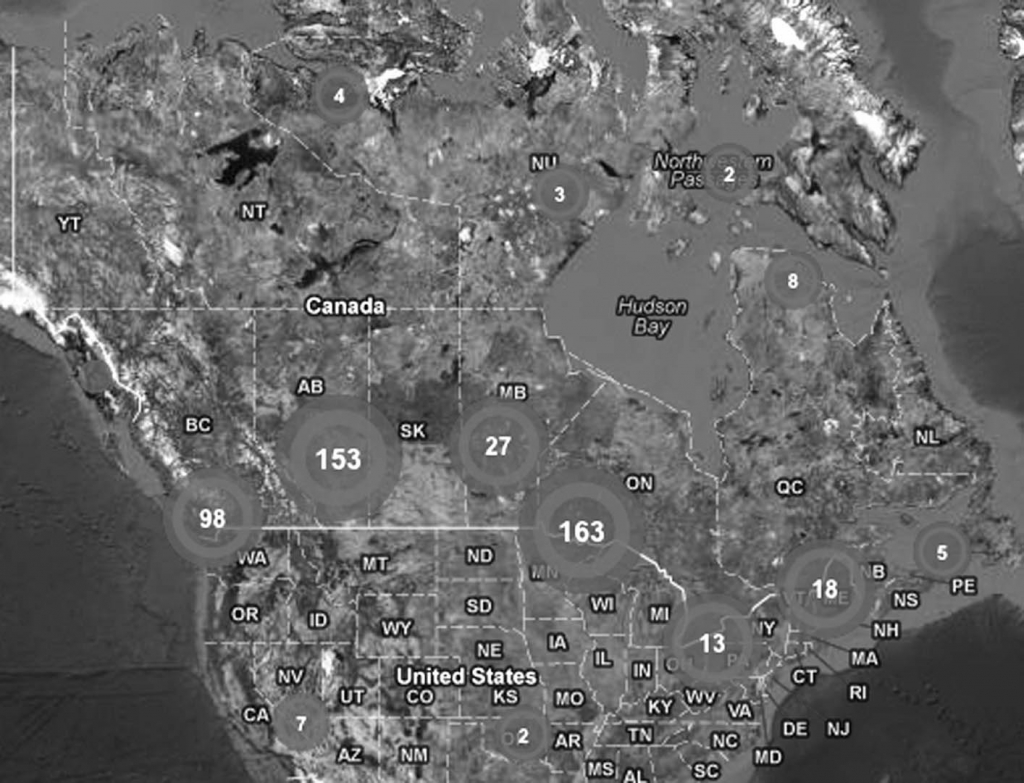 On Jan. 28, Anonymous launched phase 1 of Operation Thunderbird – #OpThunderbird on Twitter – which many people thought would unleash an onslaught of embarrassing information on the members of the Thunder Bay Police Services (TBPS).
However, instead of divulging any information on TBPS, Anonymous posted a lengthy essay in which they explained that they “don’t need to d0x and hack – yet – condemning evidence is available a plenty in the public domain.”
The term “d0x and hack” refers to obtaining a person’s information, their documents, and Anonymous used the essay not to expose any documents but to shine a light on the public missteps that they feel TBPS and the justice system has made regarding First Nations people.
The essay was dubbed phase 1, with phase 2 surfacing later in the form of an interactive crime map that can be viewed online. The map documents occurrences like sexual assault, missing women, murdered women, and unidentified remains in Canada.
The essay starts off by speaking of an assault against a First Nations woman in Thunder Bay in February of 2008 that was similar to the one that took place this past December.
The assailant was caught and in February 2009 he was sentenced to a year in jail, then released after six months.
Anonymous lists off several occurrences in Thunder Bay involving the police service and First Nation people to help back their claim that the TBPS are apathetic towards cases involving First Nations people.
Overrepresentation of First Nations people in Thunder Bay’s murder statistics, mock-press releases sent out to the media making fun of the death of a Thunder Bay First Nations man, an officer on the Thunder Bay Police staff making a First Nations student remove Aboriginal-themed clothing during a field trip to police station, the drowning’s and deaths of seven First Nations youth in the city while attending high school, and the incident where a Thunder Bay officer dropped a First Nations student off in the outskirts of the city are all incidents listed in the essay that Anonymous feels paints a picture of the relationship between TBPS and First Nations people in Thunder Bay.
In the essay, Anonymous reiterates why they are so adamant with exposing what they feel is a lack of justice and responsibility towards First Nations women on the part of TBPS. “Many people have asked what Anonymmis (sic) wants in Thunder Bay and elsewhere. It’s really simple. We tweeted it out with a half dozen or so other Anon twitter accounts with the first announcement of the video: catch rapists or get out,” Anonymous said in the essay.
On Jan. 31, Anonymous posted another entry to their journal entitled “All Suspect
Information” where they have posted tips that have come in from the public.
Phase 2 of Operation Thunderbird was launched on Feb. 5. Anonymous released an interactive crime map that shows various crimes against Indigenous women in North America, where they took place, and the status of the reports. The crimes listed are unsolved murder, solved murder, hopeful messages, unsolved verbal assaults, unidentified remains found, unsolved missing, and unsolved sexual assault (unsolved sexual assault numbers all races of women since police do not reveal the race of the victim).
The map also lists official and mainstream news stories relating to missing, murdered, and assaulted women, and gives users an option to report and map their own incidences. There are 506 reports on the map as of Feb. 12.
Anonymous is now also in the process of distributing posters promoting the safety of indigenous women to various First Nations organizations and businesses, as well as shelters, in hopes of encouraging more women to come forward with any experiences they may have had regarding assault and abuse instead of remaining silent.
Anonymous’ original video has amassed over 28,000 views on Youtube since its release, and the groups Missing and Murdered Indigenous Women’s Twitter account has nearly 1,000 followers to date.
In a Twitter interview, Anonymous stated that phase 2 is ongoing with phase 3 coming sometime in the near future. No word yet on what phase 3 will consist of.