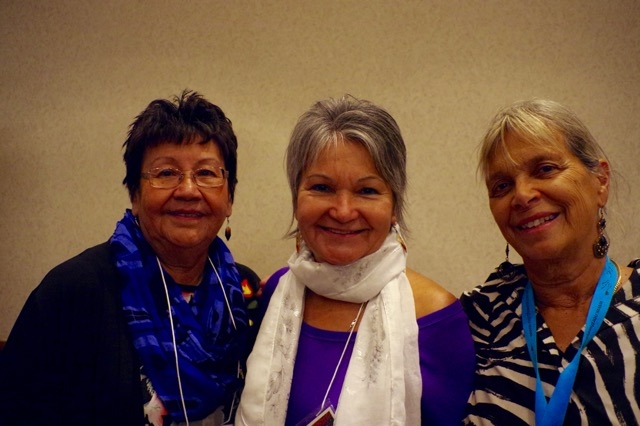 First Nation leaders at the Thunder Bay Indian Friendship Centre and Nishnawbe-Aski Legal Services are excited about the recent approval of an Indigenous Peoples Court in Thunder Bay.

“We’re really excited about moving it forward,” says Charlene Baglien, TBIFC’s executive director. “There is some overwhelming support from the community and I think it is a wonderful opportunity for all of us.”

“It’s long overdue, but now that it’s here I think it is going to be a great asset for the people of NAN (Nishnawbe Aski Nation),” says Celina Reitberger, executive director of Nishnawbe-Aski Legal Services. “They make up a lot of the people coming to the court and so we are very pleased that this is an alternative way to deal with very serious offences that our people are facing and we’re looking forward to some great results.”

“We used Brantford’s model as one of our bases for our proposal, but our model is more towards the B.C. model of their justice program, with the use of Elders,” Reitberger says. “We know that Brantford is successful. And they are all based on the circle and reconciliation and taking responsibility for what has been done and then trying to find out how to heal.”

The court is designed to draw on the wisdom and experience of local Elders during the court process to ensure a wholistic approach that is consistent with the Medicine Wheel teachings of Indigenous people of the region.

“This court will be a powerful process to promote healing and reconciliation in our community and to use the teachings of Indigenous people to provide a wholistic approach to justice,” Baglien says.

The Indigenous Peoples Court will be held in the Aboriginal Conference Settlement Suite at the Thunder Bay Courthouse, which is designed for Indigenous people with a ventilation system for smudging.

Frances Wesley, Indigenous Peoples Court coordinator, says the courtroom will also feature special sashes for the judges and a rug with a medicine wheel design.

“So it’s going to be a really welcoming environment for clients who come through the court,” Wesley says.

The Indigenous Peoples Court will also use a restorative justice approach to sentencing aligned with Indigenous culture and traditions.

“We’re just looking at implementing the training and setting some dates for the court to begin,” Hudson says. “It will give (Indigenous people) an opportunity to look at some of their issues and be able to address them, one step at a time with the support of the court.”

Wesley says there has been a good response from the community about the Indigenous Peoples Court.

“They are really looking forward to seeing this court proceed,” Wesley says. “The intent of this court is to reduce the number of Indigenous people (before) the court system. It’s going to take a while to get there, but it will come.”