2020 Youth Inquest Report scores an A+ 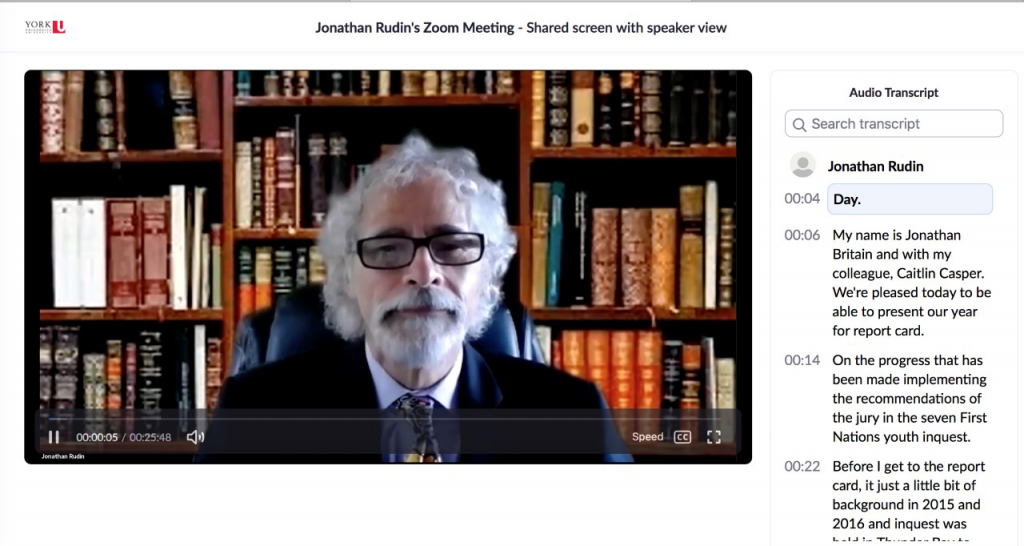 “We were quite happy with the Report Card as it pertained to our overall A+ rating of 94.03,” says Dobi-Dawn Frenette, director of education at NNEC. “We’re also very happy to see that our partners were recognized for the on-going commitment and dedication that they’ve put forward to implement the immediate, short and long-term recommendations. I think it is going to be a challenge going forward where there are larger recommendations that require jurisdictional changes by both our federal and provincial government partners. While the overall grade of the report card may have went down, a lot of that was related to the bigger items where we need movement from both the federal and provincial governments.”

Jonathan Rudin and Caitlyn Kasper, from Aboriginal Legal Services and counsel for the families of Jethro Anderson, Reggie Bushie, Robyn Harper, Kyle Morrisseau, Paul Panacheese and Jordan Wabasse, reported a drop in the overall grade, from an A- in 2019 to a B+ in 2020, during a virtual release of the Report Card on Sept. 30 due to the COVID-19 pandemic. The overall grade was the same as the B+ in 2018 and up from the C+ in 2017.

“It’s good to see that progress has been made on implementing the recommendations over the past four years,” Rudin says. “The fact grades have dropped since last year speaks to the challenge of keeping the momentum going to address some of the more challenging recommendations the jury made. The realities imposed by the pandemic make it even more crucial that these recommendations are addressed sooner than later.”

The Matawa Learning Centre’s grade was the only one that increased this year, up to an A+ compared to an A- in 2019.

“The reason for (this year’s overall) grade drop is because progress has not continued to be made in completing a number of these recommendations,” Rudin says. “If short-term recommendations were not completed, if work did not start on medium-term recommendations then people lost marks, and that has been the problem now. We are worried that things are stagnating, so a B+ is a good rate but we are down from where we were.”

The Year Four Report Card is posted online at: aboriginallegal.ca/fnyyear4.html.