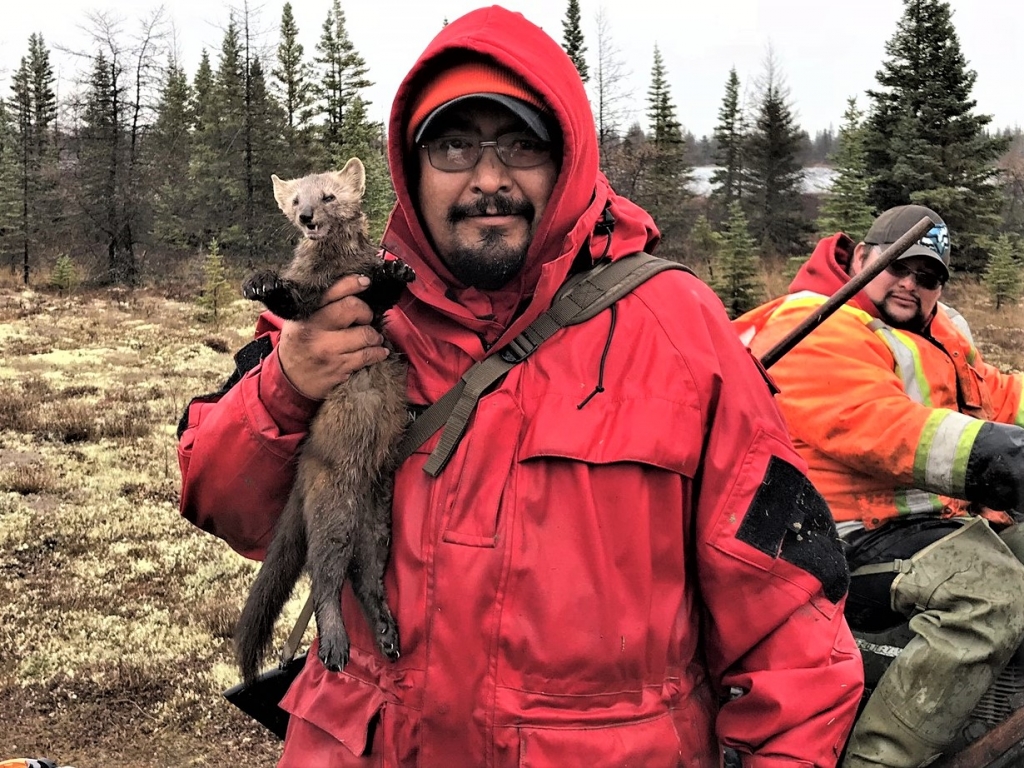 The boys were hunting for caribou and fishing to provide food for their families in an area with an abundance of polar bears.

The local police in Fort Severn asked the Ontario Provincial Police for help but fog prevented a helicopter being used to rescue the boys. The OPP asked the Canadian Armed Forces for assistance and the Canadian Army authorized the use of local Canadian Rangers, who are part-time army reservists, to go to their aid.

Sergeant Christopher Koostachin and Ranger George Kakekaspan, two experiences hunters, set out on ATVs. They travelled in heavy fog and had to cross four major tidal rivers to reach the area where the boys were stuck. They found the boys’ tracks and followed them to a vacant hunting cabin where the teenagers had taken shelter after freeing their machines. The boys were unharmed. The Rangers and the boys spent the night in the cabin. The temperature at night dropped to 4C.

“The boys didn‘t want to waste (the fuel they had used in their ATVs) and wanted to get food for their families,” said Sergeant Koostachin. “We decided to let them continue next day with their hunting and they succeeded in carrying
out their task of getting food for their families. We helped them out. They each got a caribou and fish to take with them when we escorted them home.”

The two Rangers both harvested a caribou as well.

Members of the local Ranger patrol were called out in Nibinamik First Nation after an 18-year old suicidal patient fled from the community health centre. Nibinamik is a small Oji-Cree community 490 kilometes north of Thunder Bay.

The army authorized the local Rangers to assist the small Nishnawbi Aski Police detachment in the community in their search for the woman.

The OPP had an emergency response team ready to be flown in to join the search but were not needed when Ranger Morgan Sofea found the woman after a three-hour search. He got her safely back to the health centre.

The two missions “show once again the amazing resource the Canadian Rangers are to the OPP and to the province of Ontario,” said Sergeant John Meaker, the OPP’s provincial search and rescue co-oordinator. “It is a great partnership and the Rangers do save lives.”

“It’s wonderful news when the results of these two operations are so positive,” said Lieutenant-Colonel Shane McArthur, the Canadian Army officer who commands the Rangers in 30 remote and isolated First Nations across the Far North of Ontario. “It was great work by the Rangers, great reaction, and good initiative and it resulted in positive results and the safe return of all the individuals.”