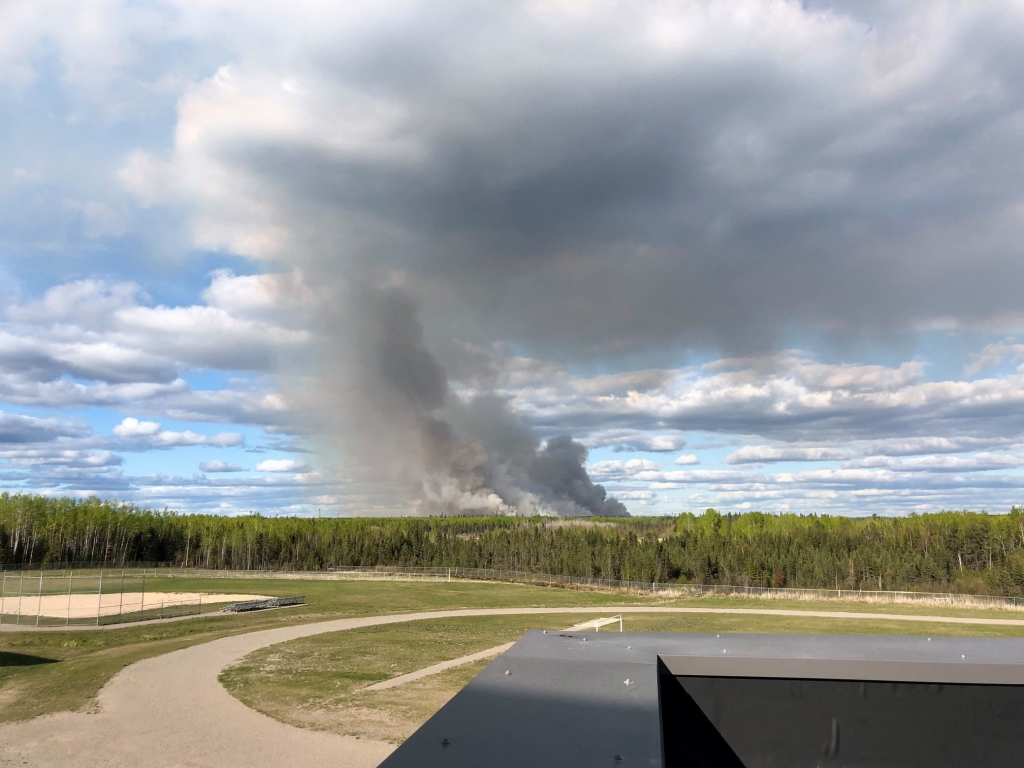 Pikangikum community citizens are returning home after about half of the 4,400 citizens were evacuated due to several forest fires in the immediate area.

“We have concentrated our efforts on evacuating the most vulnerable in our community including Elders, children and families,” says Pikangikum Chief Amanda Sainnawap in a June 4 press release. “This has been the priority with the resources we have.”

The Nishnawbe Aski Nation (NAN) Facebook page stated on June 10: “The Aviation, Forest Fire and Emergency Services reports that the fire near Pikangikum received significant rainfall over the past 48 hours and is being held at 3,835 hectares. Twenty-four crews are assigned to the fire. Crews are extinguishing hot spots and have begun to remove sprinklers from infrastructure.”

The status of the Red Lake #14 forest fire had been reported as Being Held in a community update by Sainnawap on the evening of June 8 on the Pikangikum Community Evacuation Facebook page.

“This means that there has not been any growth in the fire and there is no longer an imminent threat to the community,” the update states. “While we are very relieved to get this report, we are waiting on the status of the fire to be Under Control which means the fire is out. However, it may take some time to attain this status since the fire is 3835.1 hectares in size. Chief and council are in contact with the MNRF and are continuously adhering to their expert opinion and information. Only once the situation is safe will the process of terminating the State of Emergency begin; and once that is complete, beginning the return of community citizens.”

“We support the chief and council’s decision to continue the evacuation process because we cannot just rely on the weather to turn cold or to bring rain — we need to make sure everyone is out of harm’s way,” Fiddler says. “It’s something we need to take very seriously and make sure everyone is OK, including all the fire fighters and everyone who is fighting it and providing support to the community.”

The MNRF June 8 Red Lake #14 Fire Update states that there has not been any growth in the fire for four days, with the burning mainly confined to the interior of the fire.

The MNRF is also battling a forest fire, Sioux Lookout #8, near Pickle Lake, which was reported as being about 833 hectares in size as of June 10.

The NAN Facebook page stated: “The Ministry of Natural Resources and Forestry is still working to control a fire northeast of Pickle Lake between the town and neighbouring area of Central Patricia. The fire perimeter has not grown.
Fire crews are still suppressing fires. The Township of Pickle Lake is not under evacuation order and has not declared a state of emergency.”