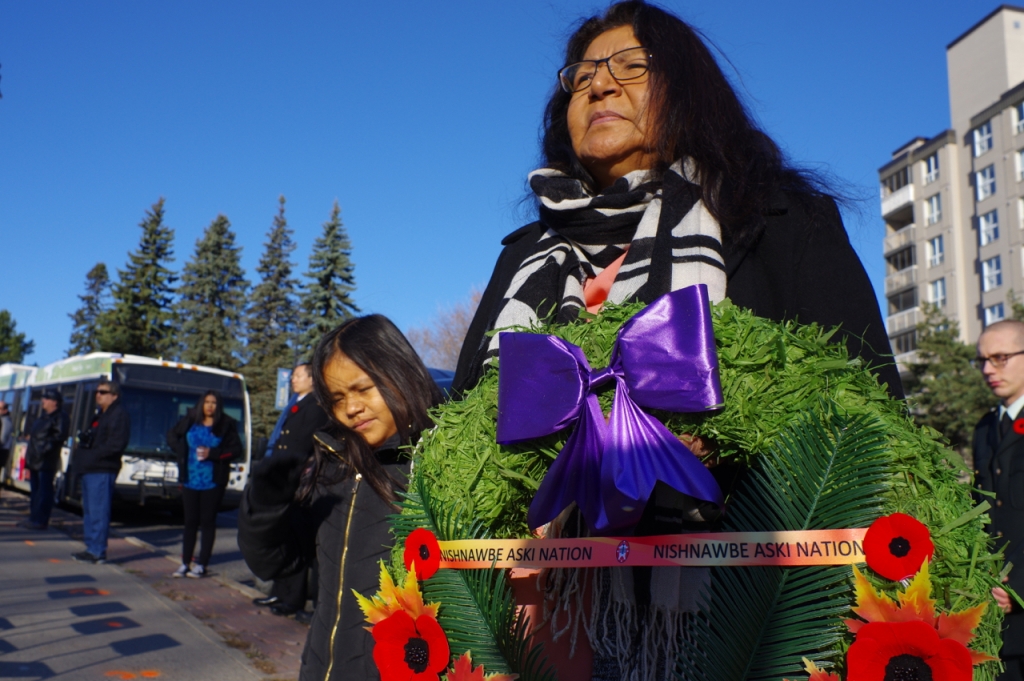 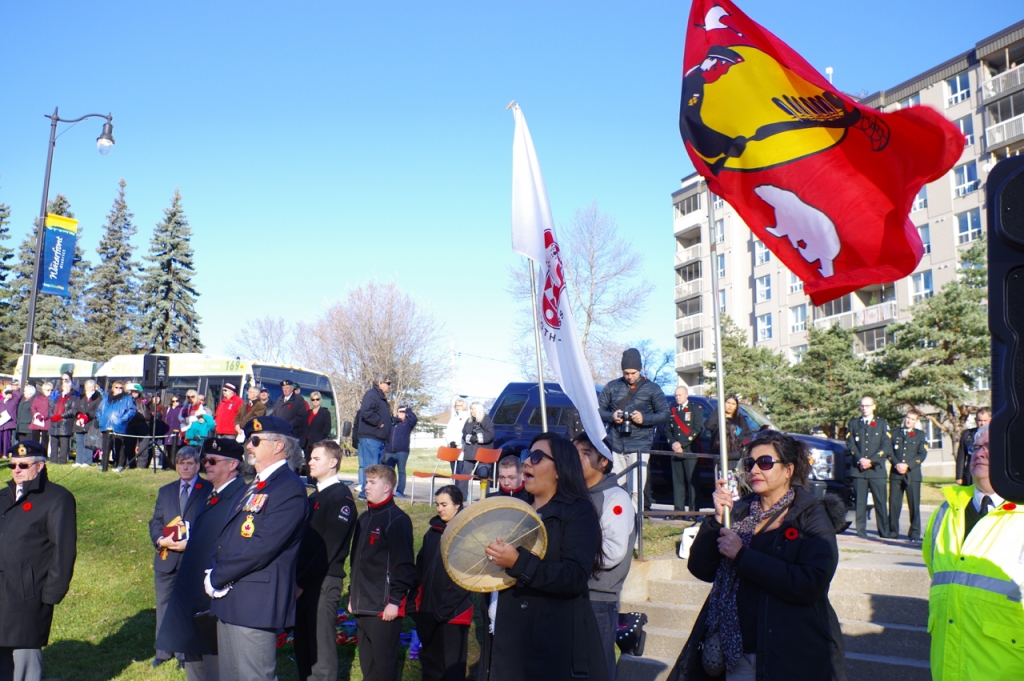 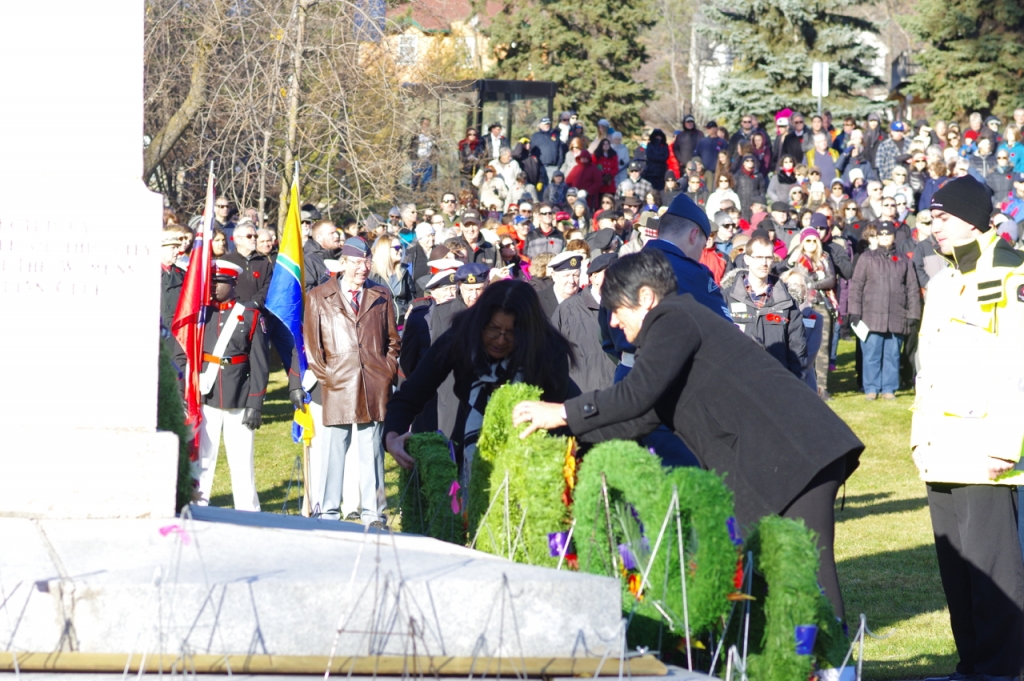 “It’s very important that we take part in this event to remember those (veterans), especially our Anishinabe veterans,” Achneepineskum says, noting this is the eighth year she has participated in the Remembrance Day ceremony and the second year she has participated as deputy grand chief. “We don’t seem to acknowledge them enough. We have many veterans and Nishnawbe Aski Nation will be having a special eagle staff (made) in their memory, which we hope to have ready by next summer. That’s very important for us to remember and honour our history and our veterans.”

“We are a distinct nation and we honour our veterans in our own way, so it is very important that it be part of this ceremony,” Achneepineskum says. “It’s very important that the youth take part in it. I’m very proud that they come and lay a wreath, and they have done that now for a few years.”

This was the second year that the honour song was sung during the Remembrance Day ceremony.

“We have our own way of honouring,” Achneepineskum says. “So I felt it was really important that it be part of this ceremony here for us in our own special way to pay tribute to our veterans and those that are still in the military.”

Spence performed the honour song before the wreaths were laid by all the participants in the Remembrance Day ceremony.

“It was an honour to be asked to come and sing an honour song for the veterans at the Remembrance Day ceremony here today,” Spence says, noting the honour song belongs to the Linklater family. “It was shared to me by Maria Linklater and the song was giver to her brothers when they went off to war in World War II. It’s called the Courage Song.”

Spence says it is important to honour the veterans for the sacrifices they made for their people and the country.

“It’s just honouring our ancestors that took part in the world wars and just honouring their spirit,” Spence says. “They sacrificed their time and some of them their lives to fight for our country.”

Fiddler, a Canadian Ranger back home in Sandy Lake, says it was “amazing” to participate in the Remembrance Day ceremony.

“I find it quite exhilarating here,” Fiddler says. “It made me realize that everyone’s lives matter here. I see … all these different kind of people and their own beliefs, and we are all here talking, we’re all standing (as) equals. That’s what I enjoy looking at.”

Fiddler has previously travelled with the Canadian Rangers to Vernon, B.C. to help with the military.

“On Remembrance Day we honour our warriors who have come to the defence of Canada in world wars and conflicts around the globe and those who serve in the defence of Canada’s interests at home and abroad,” says Grand Chief Fiddler. “This year we recognize the distinguished service of Charles Byce, who overcame the injustices of the Indian residential school system to become the most highly-decorated Indigenous warrior of the Second World War.
We are proud that his spirit is reflected through our members who put themselves in harm’s way in the defence of others by their service in the Canadian Forces, police services and the Canadian Rangers.”

Byce is one of the few Canadians to be awarded the Distinguished Conduct Medal and the Military Medal for gallantry and valour. His father Harry Byce also earned the same distinctions in World War I, earning them a unique place in Canadian history as the only father and son to receive these honours during two world wars. A monument commemorating Charles Byce was unveiled in Chapleau on Sept. 17.