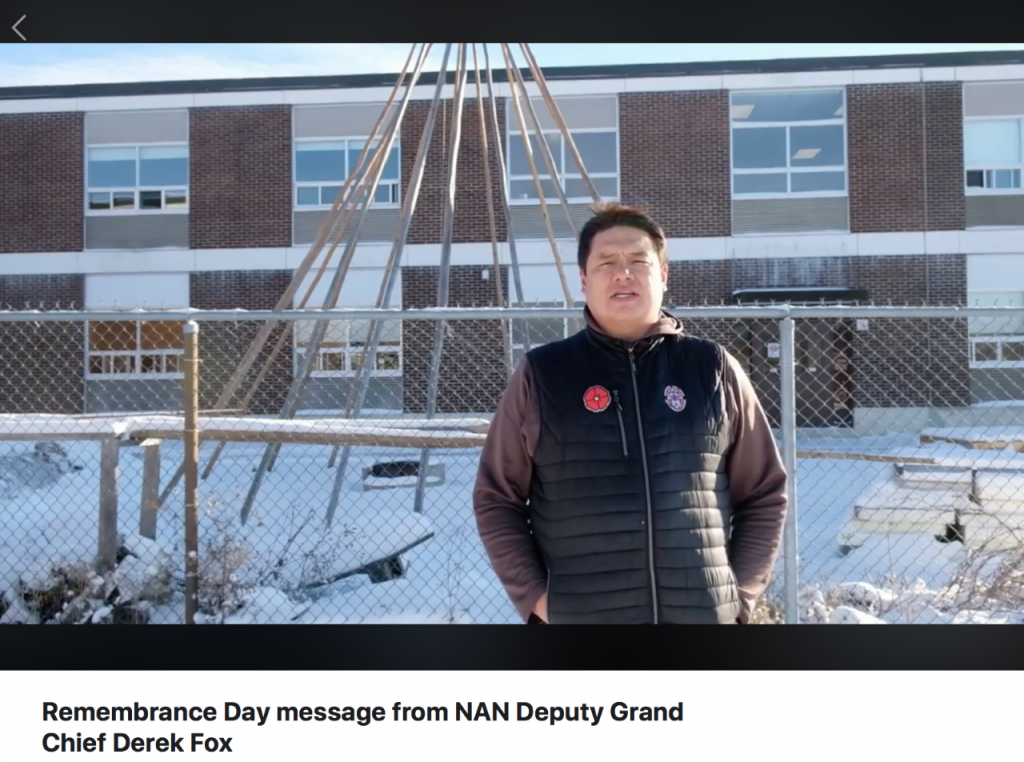 “We know that the (COVID-19) cases are rising in southern Ontario,” Fox says. “We know that Manitoba is getting a number of increased cases and just throughout the country COVID-19 is on the rise again, so we know that in the NAN (Nishnawbe Aski Nation) territory we need to continue to be vigilant. We need to continue to wash our hands and sanitize, make sure that we social distance (and) do all the things we’ve been doing.”

Fox says the NAN communities have done a “very good job” of protecting citizens since the country went on lockdown due to increasing COVID-19 cases this past March.

“I just want to remind those people in the NAN territory to continue to keep doing those things that have kept us safe and have kept us COVID-19 free,” Fox says. “And to remember we’re doing this for the sake of our people, our Elders, our young people, everyone that is at risk of getting COVID-19.”

Fox says NAN continues to support and advocate for Neskantaga over the community’s evacuation due to the shutdown of the water system as well as the community’s long-term lack of clean drinking water.

“They’ve had the longest boil water advisory in all of Canada,” Fox says. “From our standpoint it’s extreme discrimination, lack of equity and equality.”

Fox says some of the federal government’s $112 million in funding to support a safe return to elementary and secondary schools on reserves has been received by NAN communities.

“We submitted plans and proposals that weren’t well received by the federal and provincial governments,” Fox says. “I know that some (of the $112 million in funding) has reached our NAN communities but it is not enough, so we’re in the process of pushing the government for more. Those funds are not enough for the safety of our students and our (citizens) in the NAN territory so we’re going to keep working on that for our education in the NAN territory.”

Fox also applauded the Oct. 2 court decision in favour of four women from Pikangikum who were unable to access intermittent sentences in their community to serve impaired driving sentences of not more than 90 days. It is financially and logistically prohibitive for them to travel to and from the nearest district jail, from weekend to weekend, at their own expense, to serve out their sentences.

Justice D. Gibson’s decision states he found “the unavailability of an intermittent sentence to on-reserve citizens of the Pikangikum First Nation, and those similarly situated, for violation of the mandatory minimum sentence provisions of s. 255 of the Code, violate s. 15 of the Charter.”

Fox says he will be receiving updates from the youth on the work they have been doing at the Oct. 29 Oshkaatisak (All Young People’s) Council meeting.

“They’ve been working extremely hard to ensure they reach out to the youth,” Fox says. “Look out for some of the ideas and projects or proposals they will be working on in the coming months.”