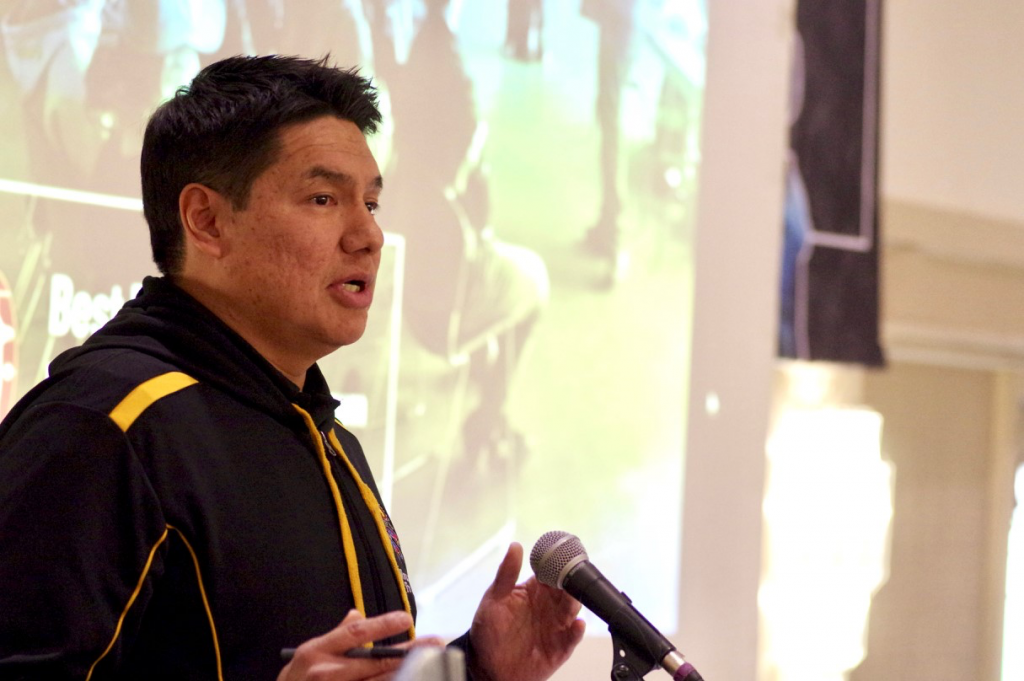 “We asked the federal government for $33 million for the start of the school year in supports, that’s $33 million for 49 First Nations of NAN,” Fox says during his September WRN update. “We have roughly 9,000 students in Nishnawbe Aski Nation, and when you divide that (into) $33 million that’s about $3,600 per student.”

“I’ll give you an example from one NAN community — they are spending $14,000 on PPE gear and the cost of freight to get it up there is $9,000,” Fox says. “So that’s almost the same price of the actual PPE gear. So when we made that (COVID-19 education funding request) we didn’t feel like we were over-asking. It’s a reasonable ask but the federal government did not really respond to us.”

Fox says the federal government’s Aug. 26 announcement of $112 million to support a safe return to elementary and secondary schools on reserves averages out to less than $100 per child for the about 630 First Nations across the country.

“We were very concerned with that announcement and last Friday the Grand Chief (Alvin Fiddler), myself and our education team and of course the chiefs and leadership and educators of Nishnawbe Aski Nation had a call with both levels of government,” Fox says. “We wanted to work out a plan, a path forward and what (Indigenous Services Canada) Minister (Marc) Miller has told us is that is not a cap of $112 million and we are hoping he backs that up.”
Fox says Miller is encouraging the NAN First Nations to submit their plans individually for the education funding.

“We at Nishnawbe Aski Nation are going to have to work with the communities to help develop those plans maybe or provide some guidance on where they want to submit those plans,” Fox says.
Smallboy says there has been an increase in COVID-19 cases in southern Manitoba during his Sept. 8 WRN update.

“The province has reinstated the travel ban to northern Manitoba,” Smallboy says. “NAN communities having (citizens) travelling to Winnipeg for medical care should stay current on the COVID-19 situation there. Individuals who are required to travel to Winnipeg for medical care are asked to wear a non-medical mask, practice public health measures and self-isolate for 14 days upon their return to their community.”

“Our (citizens) should begin to wear masks now even if it is not required by the community,” Smallboy says. “The task team supports the use of non-medical masks within the communities where physical distancing is not possible. The task team believes masking is an important action that our (citizens) can take to protect themselves, their families and others in the communities including our Elders. Based on developing evidence, masks seem to play a role in reducing the spread of COVID-19.”

“Alternatives including face shields can be helpful for some people and are better than wearing no face covering at all,” Smallboy says.

Smallboy says the Thunder Bay District Health Unit and the Porcupine Health Unit in Timmins now have mandatory masks orders in place and the Northwestern Health Unit mandatory mask order is in effect for the municipalities of Dryden, Sioux Lookout, Kenora and Red Lake.

“Our (citizens) who are living in or travelling to these areas should review these orders and have their own supply of masks if possible,” Smallboy says. “These orders typically include exceptions for young children or people who cannot wear masks due to medical conditions.”

Smallboy adds that it is still important to follow all public health measures such as physical distancing, hand hygiene and covering ones cough.

The NAN WRN updates are posted at: nancovid19.ca/?cat=62.