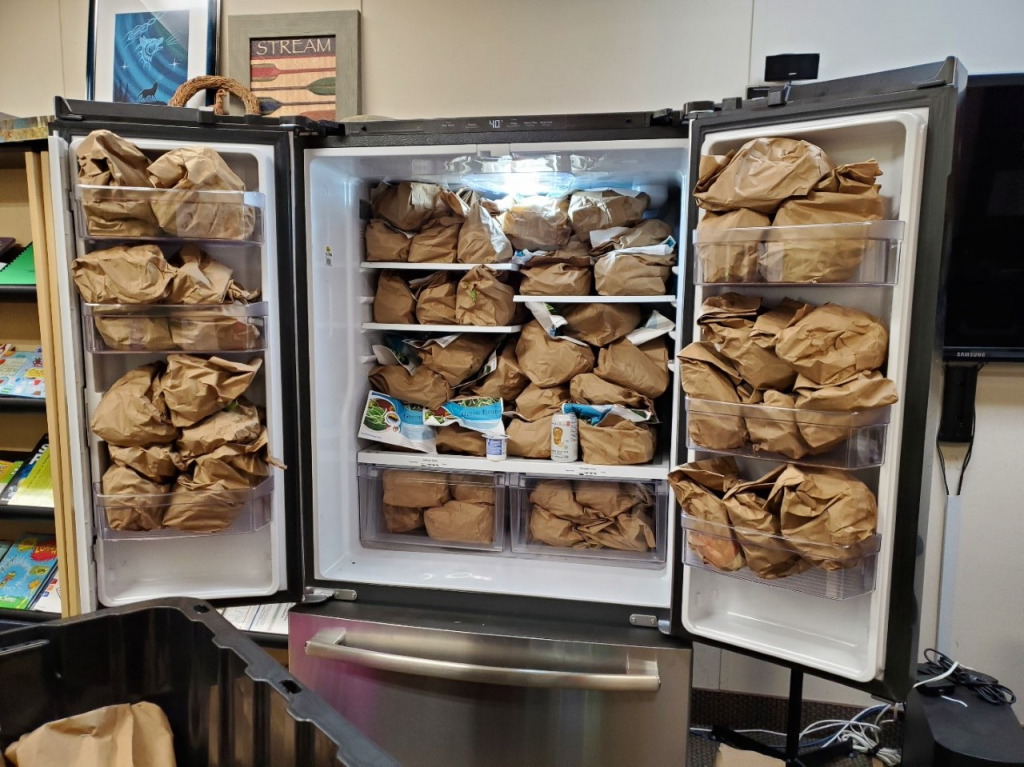 Matawa First Nations Management’s Four Rivers Environmental Services Group distributed about 10,000 pounds of vegetables to Matawa citizens this past summer that they grew on a donated one-acre plot of land in the Slate River Valley near Thunder Bay.

“We had a huge amount of people coming in — it was very busy,” says Sarah Cockerton, manager at Four Rivers. “Everything went very quickly — we were planning to run it from 4-6 p.m. By about 4:20 were might of been through all of our squashes and pumpkins and tomatoes, and then we were on to carrots and potatoes. It was very well received. A lot of people were taking the food home for Thanksgiving.”

The Matawa Garden project was led by Four Rivers as part of its first steps to increase knowledge and capacity to actively support future gardening projects in the Matawa communities.

“Early on in COVID-19 we really wanted to do a project that was positive and one that we could support our (citizens),” Cockerton says. “There were huge concerns about food security with the community lockdowns so we decided to grow a garden and invest some of our staff time into that over the course of the summer.”

The Matawa Garden produced about 10,000 pounds of produce, including potatoes, carrots, onions, snap peas, green beans, cucumbers, tomatoes and a wide variety of squashes such as pumpkins, acorn squashes and zucchinis, on a one-acre plot of land that was donated for the garden in the Slate River Valley near Thunder Bay.

“We had an interesting garden beyond just the immediate kind of food security (concerns),” Cockerton says. “We wanted to take the opportunity to kind of learn what might work and what might not work — we knew that potatoes were something that was going to be good to grow up north so we had a variety of different potatoes that we tried growing. About a third of the garden was potatoes.”

Cockerton says two of the Matawa communities, Webequie and Eabametoong, are already growing potatoes in their gardens.

“There is a history up north of those gardens at one time having existed and kind of reemerging in more recent years,” Cockerton says. “Because people used to have them there is a bit of a familiarity with that but maybe it’s a little bit disconnected yet.”

Cockerton says the potatoes were the easiest crop to harvest and the easiest to look after during the growing season as they only had to be watered once.

“Harvesting them was pretty easy, the tractor just kind of popped them up with the plough and it was just a matter of collecting them all,” Cockerton says. “It was immensely satisfying because they were just so bountiful and so heavy and so big. In a very short distance we were filling reams and reams and reams, and in this case we were using burlap sacks to collect them with.”

Cockerton says the green beans and the snap peas were also a favourite among the team of staff and volunteers, including youth from the Regional Multicultural Youth Council, who worked on the garden.

“The snap peas were a favourite — we went with them instead of a normal pea because you could just eat them right off the stalk,” Cockerton says. “You didn’t have to take them out of the shell. Although they had a shorter shelf life, we really liked distributing those because they were really fresh and tasted amazingly good and they could be eaten right away out of the bag.”

Cockerton says the zucchinis and other squashes and the cucumbers were abundant as well.

“It was a big field and it was largely like a scavenger hunt to try to find these things — there were so many and you could miss them,” Cockerton says. “In terms of the squashes when we were distributing them … a lot of people didn’t know how to prepare them. We anticipated that a bit — in some cases we made up cards to go along with the veggies as they were going out with a suggestion on how they could be prepared or we provided a recipe for them.”