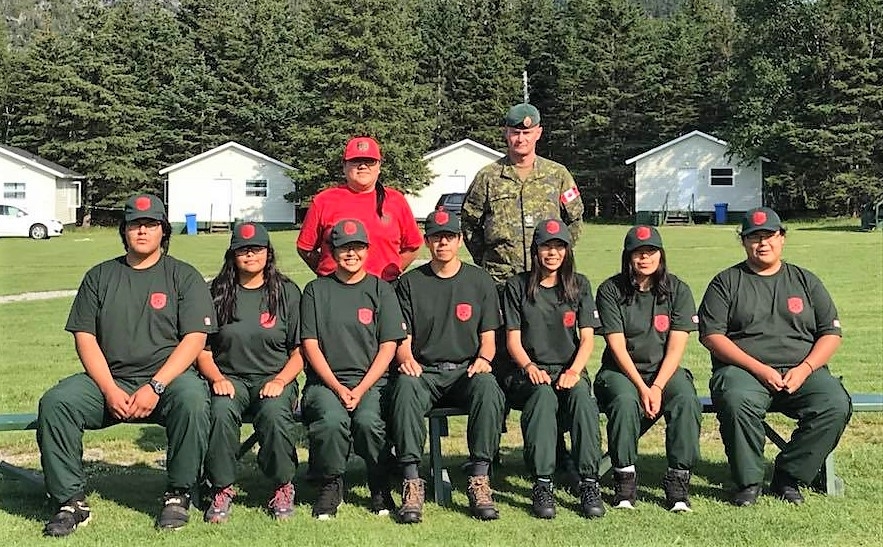 Seven Junior Canadian Rangers from the Far North of Ontario have completed a challenging week of advanced leadership training in Newfoundland.

They spent most of their time in Gros Morne National Park, a world heritage site on the west coast of Newfoundland that is noted for its geological history and exceptional scenery, where they hiked, took boat trips, and enjoyed walking up and down the mountainous terrain.

“It was beautiful,” said Junior Ranger Chasity Koosees, 17, of Kashechewan. “I’ve never seen anything like it. I’d go back again if I could.”

The Junior Rangers are a Canadian Army program for boys and girls aged 12 to 18 in remote and isolated communities across the Canadian North. The seven Junior Rangers were among 38 from across Canada who completed the army’s seven-day National Enhanced Leadership Training Session.

“The Junior Rangers had a great time,” said Captain John McNeil, the officer commanding the 1,000 Junior Rangers in 24 First Nation communities in Northern Ontario. “They were able to do a lot of activities they would never have been able to do otherwise, such as horseback riding. Some of them had only ever seen a horse before on television or in pictures.

“They got to do a lot of hiking and walking on trails that paralleled the ocean. They found some of the hills and inclines, which they are not used to where they live, hard but they managed and got used to them.”

A highlight of the week for the seven was a traditional “Screech-in” ceremony. They had to answer a number of questions as first time visitors to Newfoundland, eat a big chunk of baloney and down a non-alcoholic drink. The ceremony usually involves the province’s famous Screech, a rum with a high-alcohol content. At the end of the ceremony the Junior Rangers were dubbed Honorary Newfoundlanders and given a certificate to take home with them.

They visited the Newfoundland Insecterium where they handled some of its large collection of living insects and reptiles from around the world, enjoyed a zip line that took them close to a large waterfall, went kayaking and on boat trips into the park, and went horse riding.

The trip was the first outside of Ontario for Junior Ranger Marven Hunter, 18, of Peawanuck. “It’s flat where I live,” he said. “So it was nice seeing a different type of landscape. The park was very spectacular. It was worth all the walking we did.”