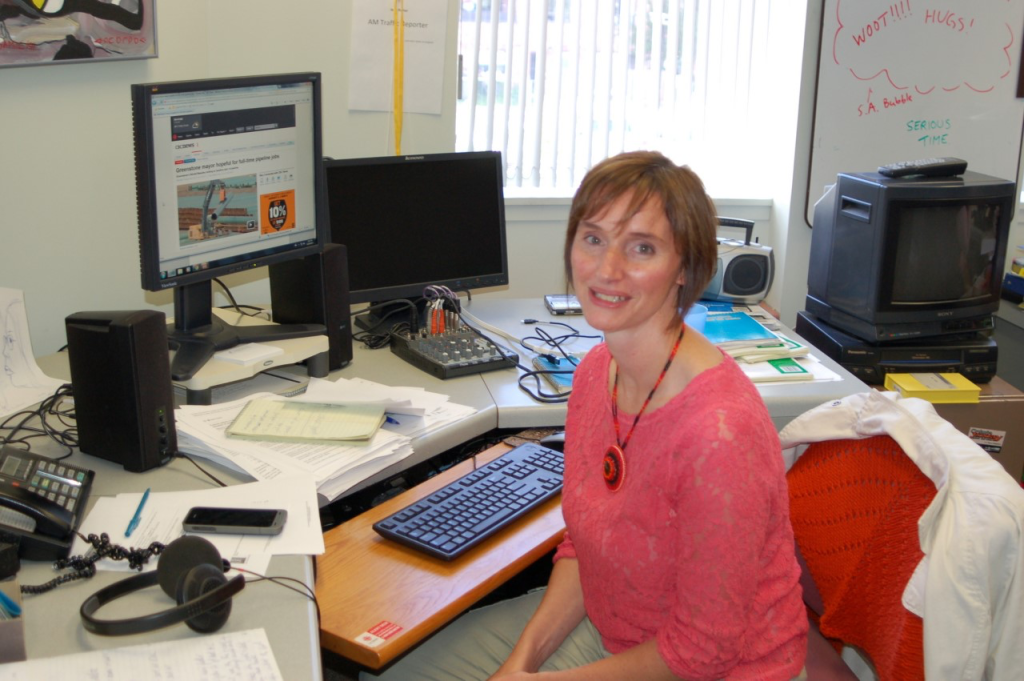 Former Wawatay News editor and CBC Thunder Bay senior reporter Jody Porter was remembered for her award-winning journalism on Indigenous and social justice issues after she passed on July 19. Porter’s awards included the Radio Television Digital News Association’s 2011 Adrienne Clarkson Award for diversity and the Anishinabek Nation’s 2013 Debwewin Citation, which was launched in 2002 to honour excellence in storytelling about Indigenous issues.

“When we started the Debwewin Citations just about 20 years ago now, it was exactly with people in mind like Jody Porter, people who whether they were Indigenous or not had dedicated their important writing work or journalism or storytelling about Indigenous peoples and issues,” says Maurice Switzer, former communications director at Anishinabek Nation and Mississaugas of Alderville citizen. “Jody certainly was an ally of Indigenous people — she cared very deeply about the Indigenous people she met.”

Switzer says Porter was “way ahead of her time” in the reporting she did on Indigenous issues such as the Seven Youth Inquest, which looked into the deaths of seven Nishnawbe Aski Nation (NAN) high school students who died while pursuing their secondary school education goals in Thunder Bay.

“We’re going to miss her, she’s a real role model for people to follow,” Switzer says. “And she was a community leader in every sense of the word. Our main thoughts right now are with her family — we know they are going to miss her but they can be really proud of the contributions she made in her relatively few years on this planet.”

Grand Chief Derek Fox, on behalf of the NAN Executive Council, says Porter was “relentless in her pursuit of truth and accountability.”

“She produced award-winning journalism that revealed injustices faced by First Nations and gave a voice to people who did not have one,” Fox says. “Her exemplary reporting was highlighted during the 2015 inquest into the death of seven NAN youth, which was followed Canada-wide. She presented complex and painful issues with truth, accuracy and compassion.”

Fox says Porter’s “unflinching work” presented the tragic circumstances around the deaths of the seven NAN youth, Jethro Anderson in 2000, Curran Strang in 2005, Paul Panacheese in 2006, Robyn Harper in 2007, Reggie Bushie in 2007, Kyle Morrisseau in 2009 and Jordan Wabasse in 2011, and illuminated the challenges faced by First Nations youth while pursuing their education.

“During the Seven Youth Inquest her reporting reframed the issues, highlighting deficiencies in police investigations, the resistance of the coroner’s office to investigate and the broader issue of racism in Thunder Bay,” Fox says. “This was not always popular, but Jody had the courage to question the roles and responsibilities of the institutions that played critical roles in the lives of these young people.”

Porter was also recognized with Massey College’s Clarkson Laureateship in Public Service in 2015 for her work in connecting Indigenous and northern communities through her reporting, including the radio/social media project Common Ground Café.

“Jody’s integrity and professionalism were matched only by her caring and compassion,” Fox says. “We give thanks for her life, and our prayers are with her family, friends and colleagues.”

A Centennial College journalism graduate, Porter first worked as a journalist in the Northwest Territories before moving to Sioux Lookout in 1998 to continue her journalism career with Wawatay News. She later moved to Thunder Bay in 2000 to work with CBC Thunder Bay.