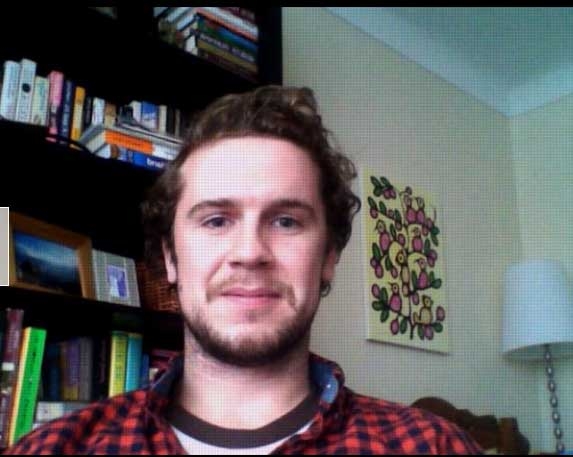 A Pikangikum and former Cat Lake registered nurse has passed the first hurdle to be part of a pioneering journey to Mars in 2018.
“It’s a bizarre kind of feeling — it kind of feels like a dream still,” said Jonathan Skillen, who recently moved to Pikangikum after working in Cat Lake since November 2012.
“You’re not really able to think that I might be on a rocket ship one day. It’s a pretty small amount of people that have done that in the past and it’s really hard to imagine.”
One of 1058 successful first-round candidates announced by Mars One on Dec. 30, Skillen said
the next step in the process is an interview. Mars One is a not-for-profit foundation set up to establish permanent human life on Mars.
“So I’m getting ready for that,” Skillen said. “Hopefully, that will go well and maybe I will move on to the next round.”
Although the Mars One journey is a one-way trip to Mars with no way to return to Earth, Skillen said many past explorers also went on trips into unknown territory without a guaranteed return back home.
“They never knew if they were going to be able to return back, but they still did it,” Skillen said. “They still got into their ship, they got into their canoe and went somewhere where maybe nobody had ever been before.”
While he would miss things on Earth, Skillen said the advances made as the first people on another planet would outweighs any risks.
“It makes any risks totally worth it,” Skillen said. “That thought of being in a historical group of people, being the pioneer on a different planet, being the first person to settle on a different planet, that is just unreal — it’s amazing.”
Skillen initially submitted his application to Mars One last year while working in Cat Lake.
“I had a free weekend and I put my little video in and submitted it,” Skillen said. “I figured what’s the harm. You might as well try for a crazy adventure like that.”
Skillen said the entry also required a written submission in addition to the video.
“They liked what they saw,” Skillen said. “It probably had to do with coming up north and working in the nursing station. Cat Lake is a small place — there’s only three nurses there — so you work in a small group and you get to deal with a lot of emergencies that happen. So I figured that probably helped out with my application. People are always going to get sick, even in space.”
Skillen has always enjoyed travelling — his most recent trips include three weeks of sailing in Mexico, a visit to Jordan and Egypt in the Middle East and visits to Guatemala and Australia.
“Next week I’m actually headed out to Thailand and maybe a bit to South Korea,” Skillen said. “I grew up in Barrie and I’ve tried to see my own country and my own province. I came up to the northwest and I lived in Sioux Lookout for about a year and a half and then I moved to Cat Lake for about a year and a couple of months.”
Skillen enjoyed learning how to hunt partridges and rabbits and skin martens while he was in Cat Lake.
“It feels like an adventure when you’re learning these new skills and seeing the world in a different way,” Skillen said. “So it was a big adventure or expedition for me, and hopefully it will transfer over when I travel again and maybe end up on Mars.”
While details of the 2014 selection phases have not been agreed upon due to ongoing negotiations with media companies for the rights to televise the selection processes, the next several selection phases in 2014 and 2015 will include rigorous simulations, many in team settings, with a focus on testing the physical and emotional capabilities of our remaining candidates.
“We expect to begin understanding what is motivating our candidates to take this giant leap for humankind,” said Norbert Kraft, Mars One’s chief medical officer. “This is where it really gets exciting for Mars One, our applicants and the communities they’re a part of.”
Mars One currently has agreements with Lockheed Martin and Surrey Satellite Technology, the world’s leading small satellite company, to develop mission plans. In December, they also launched their first ever crowd-funding campaign, focused on bringing funds and attention to the first mission.