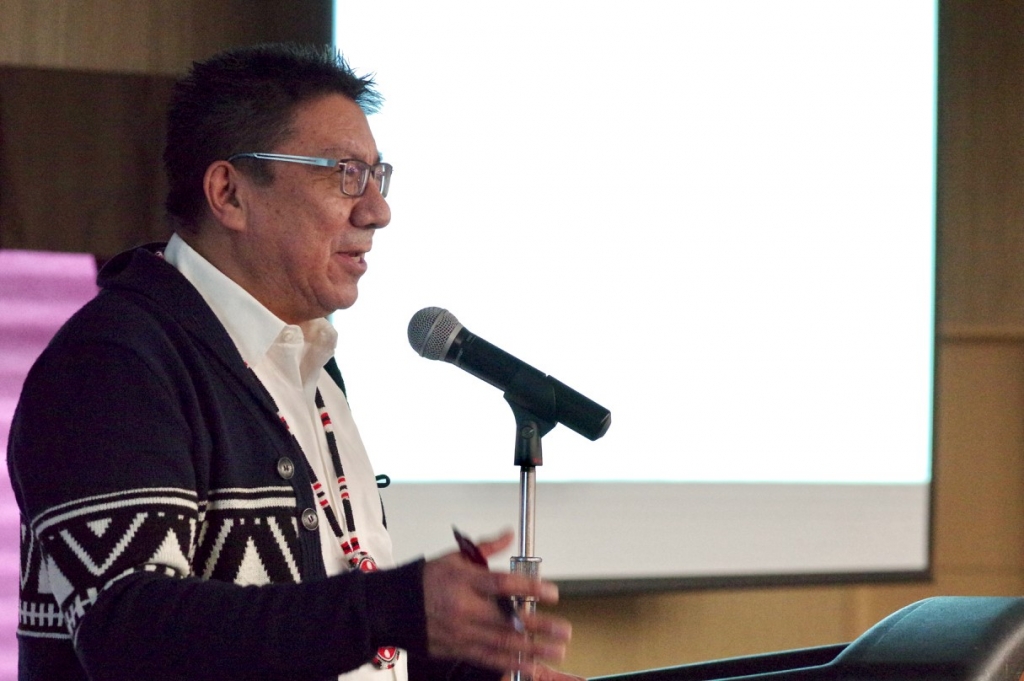 Grand Chief Alvin Fiddler welcomed investments for Indigenous people announced in Budget 2021, including on infrastructure and policing, after the budget was presented by Finance Minister Chrystia Freeland.

Fiddler says there was also a “significant” investment for policing in the budget, with $861 million proposed over five years and $145 million ongoing to support culturally responsive policing and community safety services in Indigenous communities.

“Right now we are in the midst of renewing our tripartite agreement on policing with Ontario and Canada, and that announcement will certainly help with our negotiations,” Fiddler says.
Regional Chief RoseAnne Archibald acknowledged Deputy Prime Minister Chrystia Freeland as the first woman finance minister to present a budget.

“In my view, Minister Freeland’s budget presentation is heart-centred and, if fully implemented, could lead to a strong, joint action plan to build safer, healthier First Nation communities,” Archibald says. “While I welcome Deputy Prime Minister and Finance Minister Chrystia Freeland’s announcements, there are some areas that require additional attention. Although some funds were allocated to support First Nation women entrepreneurs, further funding is required to secure capital for community investments and support all First Nations entrepreneurs.”

Archibald says First Nation economies must be prioritized to ensure they have an equitable and prosperous post-pandemic recovery.

“More specifically, we have called for an investment of $150 million for economic development for the Ontario Region alone,” Archibald says. “That amount nationally is simply not enough.”

Treaty #3 Ogichidaa Francis Kavanaugh says the COVID-19 pandemic has made many of the issues facing First Nation communities worse, from health to education to justice.

“Addressing these issues is difficult when we are forced to deal with antiquated funding relationships, policies and methodologies with both levels of government,” Kavanaugh says. “I am optimistic that this pandemic has made it clear to governments that we must reassess many of the policies and procedures that we work within in order to allow us to rebuild from this pandemic in a way that benefits everyone.”

Kavanaugh says many of the investments announced in the budget for First Nation health, education and justice systems are welcome news, but the investment in economic development “appears comparatively low.”

“I have heard time and time again that our people want to be a part of our local, national and international economy,” Kavanaugh says. “Canada has a great opportunity in the million Indigenous people that are willing and eager to be a part of the economic recovery if they are given the tools to join it.”

The budget proposed an investment of more than $18 billion to improve the quality of life and create new opportunities for Indigenous Peoples, including a $6 billion plan to build infrastructure featuring the $4.3 billion Indigenous Community Infrastructure Fund; $22 million over three years for the National Aboriginal Capital Corporations Association’s Indigenous Women’s Entrepreneurship Initiative; $1.4 billion over five years and $40.6 million ongoing for health care; $1.2 billion over five years and $181.8 million ongoing for education, including $112 million for 2021-22 to extend COVID-19 support so children can continue to attend school safely; and $74.8 million over three years to improve access to justice for Indigenous people and support the development of an Indigenous justice strategy to address systemic discrimination and the overrepresentation of Indigenous people in the justice system.

“The federal government has made progress in righting the historic wrongs in Canada’s relationship with Indigenous peoples — but we have a lot of work still ahead,” Freeland says. “This budget proposes investments to further narrow gaps between Indigenous and non-Indigenous peoples, support healthy, safe and prosperous Indigenous communities, and advance meaningful reconciliation with First Nations, Inuit and the Métis Nation.”

The budget also included $1 billion to increase funding under the First Nations Child and Family Services Program to support work with Indigenous leadership so that all Indigenous children have the opportunity to grow up in their communities, immersed in their cultures and surrounded by loved ones; $2.2 billion to accelerate work on the National Action Plan in response to the National Inquiry into Missing and Murdered Indigenous Women and Girls; and $2.7 billion to ensure 10-year grant funding keeps pace with the needs of eligible First Nations who choose to join the new mechanism, established through Budget 2019 to provide stable long-term funding.

Information on the budget is posted online at: www.budget.gc.ca/2021/home-accueil-en.html.