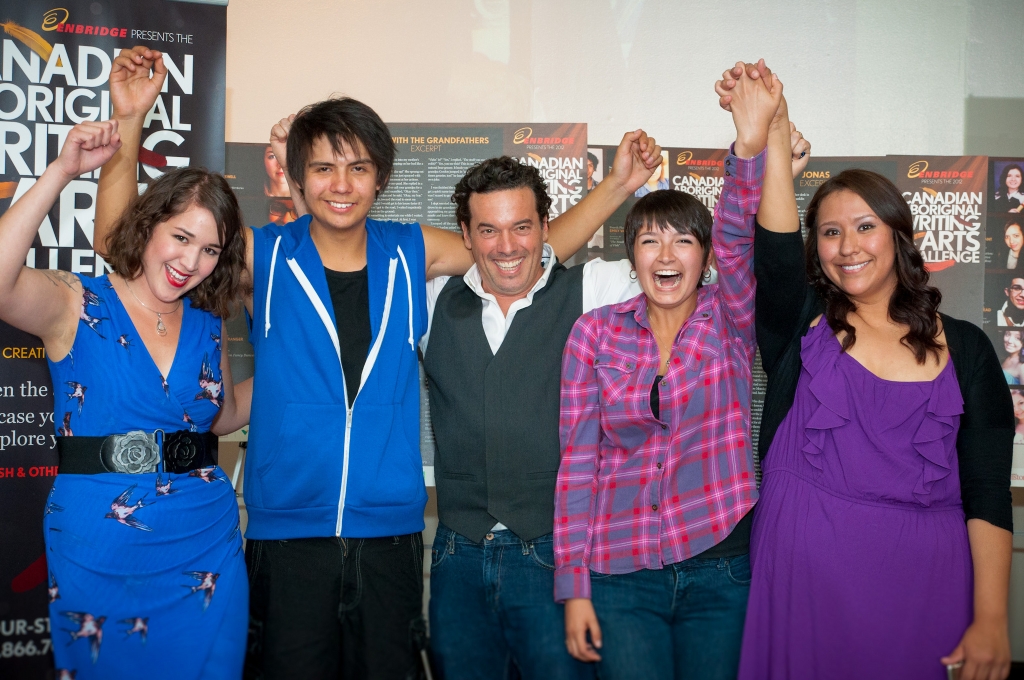 Stephanie Wesley of Lac Seul First Nation was going through some rough times until she received some great news.
The 29-year-old’s basement apartment was flooded during the May 27 flood in Thunder Bay and she was staying at her mom’s.
“It was kind of a dark time for me,” said Wesley, a student in Native child and family services at Confederation College in Thunder Bay.
Then in mid-June she missed a phone call and called back. She was told she won first place in her age category in the Canadian Aboriginal Writing and Arts Challenge.
“I really couldn’t believe it,” she said. “It was really unexpected.”
Writing is something that comes easy for Wesley. She always did well in her English classes and in her teens, she wrote poetry and read a lot of books.
“I never really thought it was that good,” she said. “But I guess (my teachers) really liked it, so I’ve always been writing.”
Wesley prefers to write at night because there are so many distractions during the day.
“Phones are always ringing and the TV is always on, and there’s traffic,” she said. “It’s hard to concentrate.”
In 2005, Wesley began to write a novel. It was a love story based on young adults and she wrote at least 20 chapters.
“I felt I was too young and didn’t understand how love can get complex when you get older,” Wesley said. “So I lost steam for myself but I’ll still get back to it because I want to finish it now that I’m older.”
For the contest, Wesley submitted a short story called “Jonas,” which takes place at Dennis Franklin Cromarty First Nations High School in Thunder Bay. The eponymous character is a 16-year-old student who goes missing and the story explores the relationships between Jonas and those who are left wondering what happened.
“It’s basically about the day when they found out where he ended up,” Wesley said. “The whole story is about his disappearance and how it affects everybody.”
Wesley was inspired by the seven First Nations youth who died while attending high school in Thunder Bay.
Wesley grew up going to numerous schools in Red Lake, Sioux Lookout and Thunder Bay and it was not until she attended DFC in its inaugural year that she was able to discover her identity.
“It was so comfortable, I didn’t feel alienated. It was a very stress-free environment,” she said. “I feel of all the high schools I went to, that is always going to be the high school I talk about and will represent.”
The seven youths who died is an issue that “hits close to home” for Wesley and she felt it was important to tell the story.
“(The story) was to shine light on what kids actually go through when they try to come to school here,” she said. “It’s still such a great school and a great opportunity for the kids, so that’s why I wanted to tell the story.”
Wesley plans to continue with writing, be it more stories and column writing for newspapers. But she also has bigger plans.
“I wouldn’t mind trying to get novels published,” she said. “That’s been the main goal for the last 10 years of my life. After winning this award, it encourages me.”
When Wesley received her award at a ceremony, she was approached by novelist Joseph Boyden, who was one of the contest judges. He told her he wrote notes on her manuscript.
“And he said, ‘I could tell you really wrote it from your heart. It was very heartfelt, and it was so sad and so touching,’” Wesley recalled. “Those are really encouraging words and now
I really want to take (writing) more seriously.”
“Jonas” can be found online at: www.our-story.ca/stephanie-wesley.html