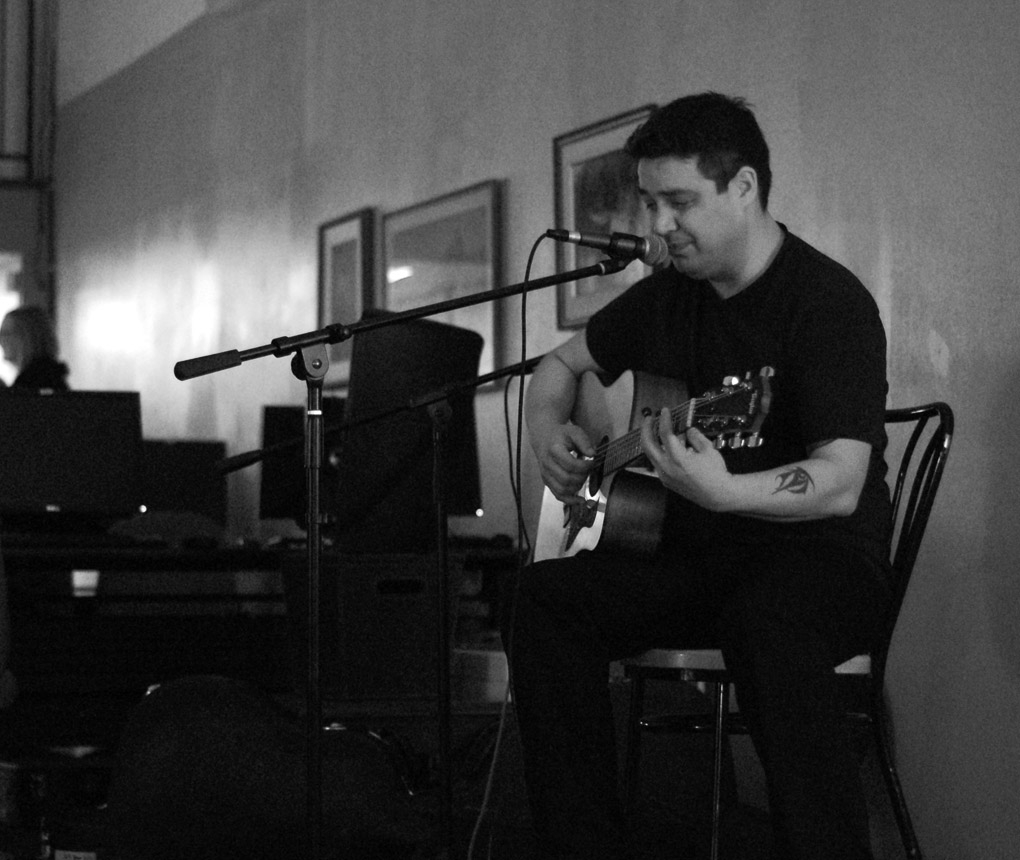 A music fundraiser to support youth living on their own or on the street took place Dec. 5 at the Learning Café in Thunder Bay.
Stocking the Youth Cupboard was an initiative organized by Rachel Mishenene, who is originally from Mishkeegogamang First Nation.
“This is the third year and we have it every December, and we invite various local talent to play music, and it brings community members out,” she said.
The fundraiser featured musical performances by Morningstar DeRosier, Alice Sabourin, and Robin Ranger, among others. Those who attended were asked to bring a cash or nonperishable food donation, which goes to the “cupboard.”
The Independence Cupboard, housed at the CAS office, consists primarily of non-perishable food products for youth between the ages of 16 and 21 who are living independently. Although CAS has a small budget to maintain the cupboard, most of the items are provided through donations, including nonperishable food products, hygiene products, cleaning products, and some small kitchen items.
“There isn’t any programming or money that go into that cupboard, so it’s relying heavily on donations and it’s about $200 a month to keep that cupboard full,” Mishenene said.
The Cupboard is used by Crown Wards living on their own, youth on Extended Care and Maintenance Agreements and youth involved with the Outreach Program, in which the youth are living on the streets. Roughly 15-20 youth access the Cupboard monthly.
“The cupboard exists because these youth are either living on the street or they are on subsidized income,” Mishenene said. “And we already know that a lot of the income that they receive from Ontario Works isn’t enough, so this is just to help them get the food that they need.”
She called the fundraiser a success, as they raised nearly $200 in cash donations along with many food donations.
“So it’s filled the Cupboard for a little while anyways, especially during this Christmas season,” she said. “Christmas is hard for a lot of people, so this is the time to fill that cupboard.”
Mishenene, an elementary school teacher, said the annual fundraiser started off as a project while she was the social justice and equity chair for two years with the Lakehead Elementary Teachers of Ontario.
“I was looking for something that was equity-based, where there’s a need in the community,” she said. “And Children’s Aid Society said there’s a cupboard that doesn’t receive enough sponsorship, so my focus was on that.”