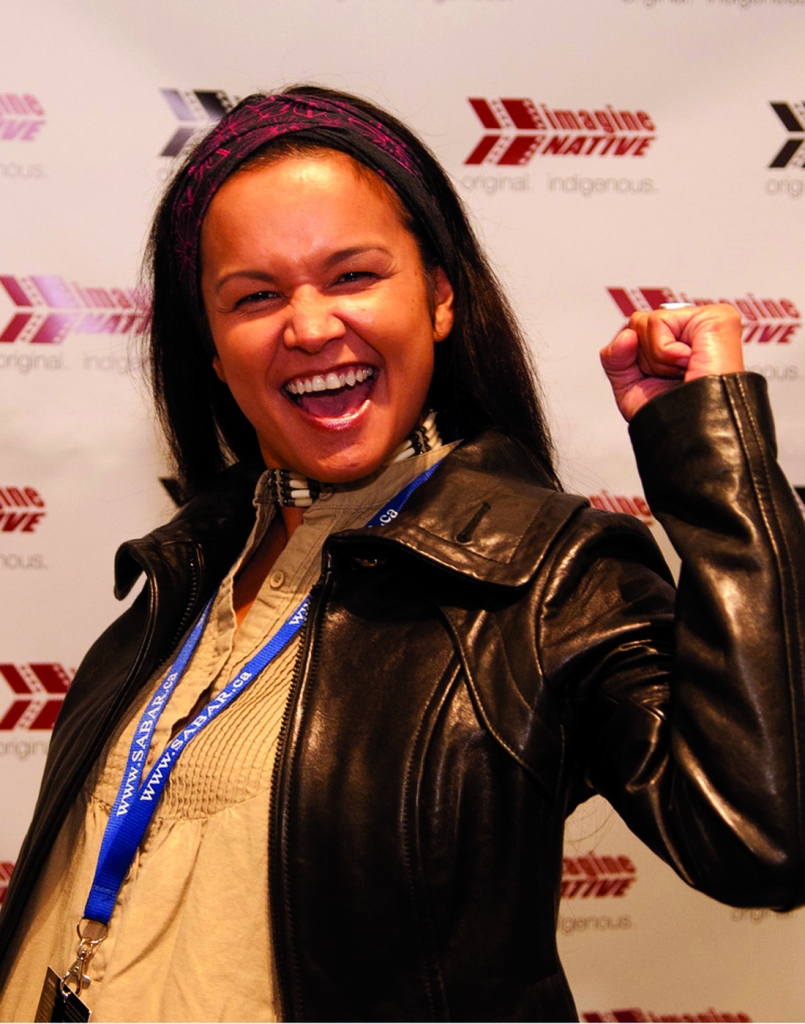 For her consistent presence in the community for her films that highlight Aboriginal issues or her work within the community, Michelle Derosier is female newsmaker of the year.
It was a busy year for the Eagle Lake First Nation member, who co-owns Thunderstone Pictures, a film and video production company based in Thunder Bay.
In September, she premiered her feature documentary, Return to Manowin, which chronicled her family’s attempts to revive their traditional rice-harvesting after 30 years of absence.
Three years in the making, and having spent the last 10 months in editing before its premiere, the 71-minute documentary drew discussions about preserving traditional practices.
“Everybody has traditions, and we live in an ever-changing world where it’s easy for the traditions to get lost,” Derosier said. “This was about a lot more than making a film, it was about starting an active process of remembering not only who we are as a family but who we are as a people.”
Derosier also debuted a documentary about prescription drug abuse. The Life You Want follows a young Fort Hope mother and her battle with OxyContin. The 34-minute documentary was produced by Thunderstone, the Sioux Lookout First Nations Health Authority and the Sioux Lookout Zone Chief’s Committee on Health to bring attention to the situation facing many families and communities in northern Ontario.
The B’iindigaate Film Festival continued to grow as it ran for its third year in September. Derosier chaired the organizing committee and helped come up with the idea for a festival that would help bridge the Aboriginal and non-Aboriginal gap in the city by showing films produced by Indigenous filmmakers or featured Aboriginal issues.
“Our numbers have doubled and tripled compared to some screenings last year,” she said. “Overall, we’re just thrilled with our community. The number of seats that are filled tell us that we’re doing something right.”
Derosier was instrumental in the production of Stories from the River’s Edge, which aired on CBC’s The Fifth Estate in November. The episode came about after seven high school students died in the last 10 years – including Jordan Wabasse – while attending high school in Thunder Bay. It followed Wabasse’s grandmother as she sought answers into his death as well as two Deer Lake sisters as they traveled to Thunder Bay to attend high school.
Thunderstone Pictures became involved when CBC learned of their skillsets and Derosier’s community connections. After a fast-paced and intensive 20-day shoot, Derosier was inspired by the youth involved, whom she described as “amazing, strong and resilient.”
“You’d hear a sad story and the next day they’d do something amazing,” she said. “They’d be having fun, making you laugh and just being teenagers.”
In the spring, Derosier and company co-owner Dave Clement worked with students at Dryden High School to produce a short film that adapted an Anishnaabe legend into a high school drama. With the aim of bringing students together and building self-esteem, the project had the students write the script, lead the art direction, crew on the production and act on-screen.
The final product, Eagle Vs. Sparrow, received an honourable mention for Best Canadian Short Drama at the imagineNATIVE Film + Media Arts Festival in October.
In November, Derosier and Clement received the Community Safety & Crime Prevention Award for a business, which was presented by the Thunder Bay Crime Prevention Council. They were awarded for their productions that “helped eliminate barriers between Aboriginal and non-Aboriginal people by openly portraying racism, suicide, mental illness and
poverty.”