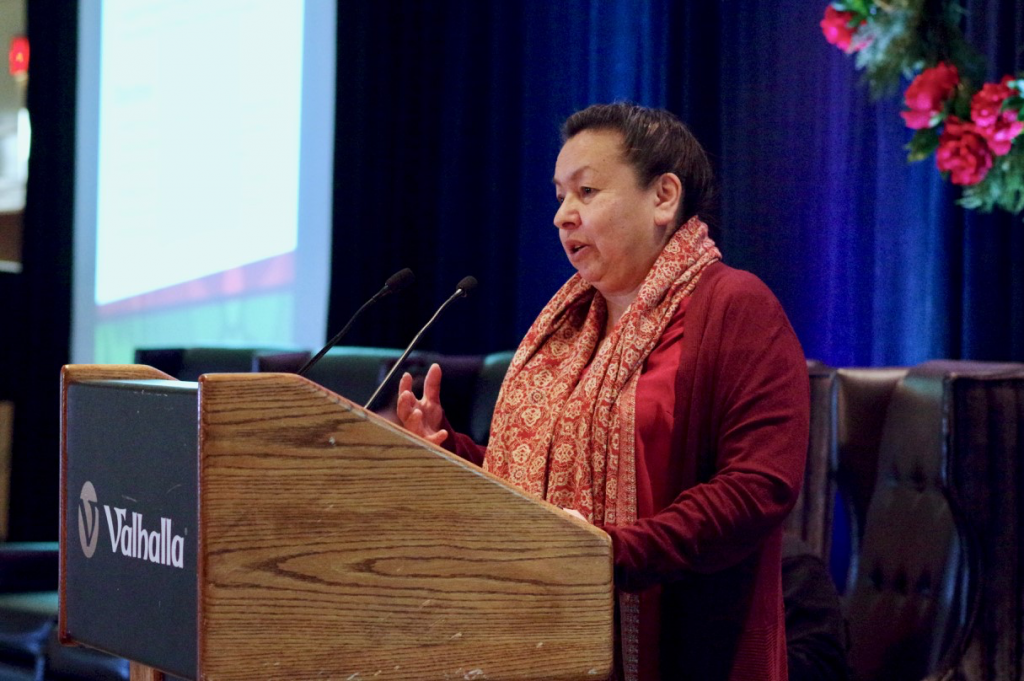 The Sioux Lookout Zone Children’s Environmental Health Study Team recently received an award for their study on Indoor Air Quality and the Effect on Children’s Respiratory Health in First Nation Reserves in the Sioux Lookout Zone. The study team, which evaluated the indoor air quality in the houses of 101 children in four Indigenous communities, was recognized with the 2020 Health Canada Assistant Deputy Minister Award for Excellence in Sciences.

“Housing is a huge issue in our communities in terms of the quality of housing as well as the overcrowding,” says Janet Gordon, chief operating officer with Sioux Lookout First Nations Health Authority (SLFNHA). “We have a high incidence of respiratory problems with children and with the elderly so we participated to better understand the air quality of homes in some of the communities that we work with.”

Dr. Tom Kovesi, pediatric respirologist at Children’s Hospital of Eastern Ontario (CHEO) and research investigator at the CHEO Research Institute, says the study results are still being analysed but a previous study conducted at the
Sioux Lookout Meno Ya Win Health Centre that was published a couple of years ago found elevated rates of bronchiolitis and pneumonia in young First Nations children.

“We have now gone on to a second study which we are currently analysing looking at whether indoor air quality may play a role in this,” Kovesi says. “We are still analysing some of the relationships between air quality and lung health in young First Nations children. What we certainly are seeing is that overcrowding is a really major issue.”

“Particulates are especially related to wood stove use and the particulates weren’t particularly elevated — I think the wood stoves are well maintained,” Kovesi says. “Mold is clearly a major issue in these houses — a lot of the houses have problems with mold.”

Kovesi says they used CO2 levels as a measure for how good ventilation was in a house.

“The main thing that makes CO2 in your house is people and if CO2 levels are elevated, it suggests that the house is overcrowded and the ventilation is inadequate for the number of people who are in that house,” Kovesi says. “CO2 levels were clearly elevated in many of the houses.”

Gordon says the lack of adequate housing is an issue during the COVID-19 pandemic.

“During this pandemic period the world is experiencing, the lack of adequate housing is really highlighted as we try and have a response in place for all of the communities,” Gordon says. “Certainly overcrowding and air quality are major issues that our communities are faced with if they should ever have a (COVID-19) case or cases in the community, so it really highlights the need for improved housing as well as more housing in our communities.”

Dr. Jason Berman, vice president of research at CHEO and CEO of the CHEO Research Institute, says the issue of inadequate ventilation and overcrowding is particularly relevant during this time of COVID-19.

“The general public is much more aware about transmission, how things can be transmitted and being in closed spaces where there is poor ventilation and how that can contribute to illness,” Berman says. “We’ve seen with COVID-19 that sometimes fairly simple measures like social distancing and wearing masks and those types of things can prevent the spread of respiratory illness, so that really drives home not just for COVID-19 but for many other respiratory illnesses how these environmental factors really play a major part in the transmission of disease and how by taking fairly simple measures one can have a major impact on the spread of these diseases.”

Grand Chief Alvin Fiddler says the study is significant as it documents the substandard quality of air in homes and its relation to the health in First Nations communities.

“I congratulate everyone for their excellent work, and I look forward to putting the knowledge we gain into action to improve housing in our communities,” Fiddler says.