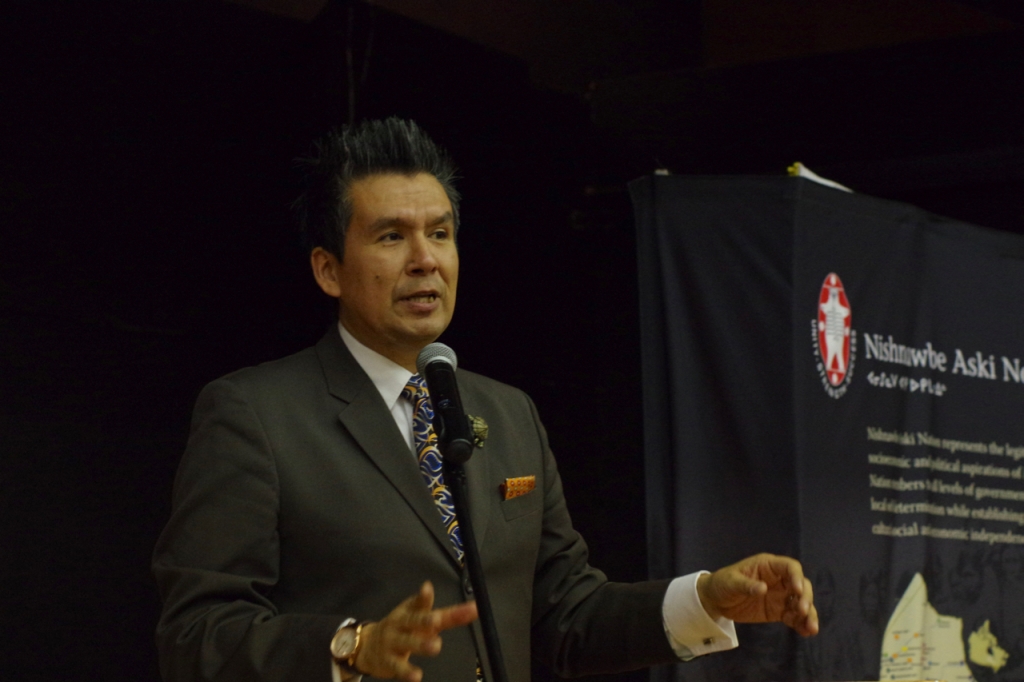 Wesley says his own career path has led him on a journey across the country.

“I would never have thought while growing up like you that there would be a career in something like this, where I get to travel all over the place and tell stories, and talk and make people laugh and make people think,” Wesley says.
“(And to) talk about things so deep and so personal that people can connect with the words and stories that I tell.”

Wesley says his journey has been as beautiful as his siblings journeys, noting one brother is a helicopter pilot and another brother works on computers.

“My other sister is a dental hygienist,” Wesley says. “Her story is just as beautiful as mine.”

Wesley encouraged the students to persevere, noting that the high school years are the most difficult time in a person’s life.

“But let me tell you, it gets easier, it really does,” Wesley says. “The reason I say that is because when I grew up in high school, it was hard for me. It was hard for me to try and stand out. Today is the hardest days of your life, but it will get easier. You just need to continue walking forward.”

Wesley says it is OK to make mistakes, that people will not succeed unless they take a shot at their goal.

“Do not be embarrassed to make the shot,” Wesley says. “You will never make the shot if you don’t try. I have made many shots, but I have missed more than I made. I am the person I am today because of all those missed shots.”
Grand Chief Alvin Fiddler appreciated Wesley’s message during the career fair, which was attended by DFC and Matawa First Nations students, Deputy Grand Chief Derek Fox and a variety of education, organization and company representatives.

“His story and what he has to share is pretty phenomenal,” Fiddler says. “And I think it is something that our students here need to hear.”

Fiddler says he had to leave home when he was 14 years old to attend high school.

“I went to Sioux Lookout for a couple of years and then I came to Thunder Bay,” Fiddler says. “I was able to graduate from high school and move on the university, but it is not easy when you are 14, 15 to be away from home for long periods of time without your parents and family supports. I was very fortunate to have some very good teachers and friends that helped me along the way.”

“It was just phenomenal,” Fiddler says. “It is something we need to pass on — and I am sure he will too — to his fellow students, his classmates, that anything is possible if you work hard at it.”

Owen attended elementary school at Abe Scatch Memorial School in Poplar Hill First Nation, where he received perfect attendance and most-improved student awards. He is now in his final semester at Pelican Falls, where has consistently been on the honour roll.

“My parents always taught me that getting your education is the key to having a good life,” Owen says.