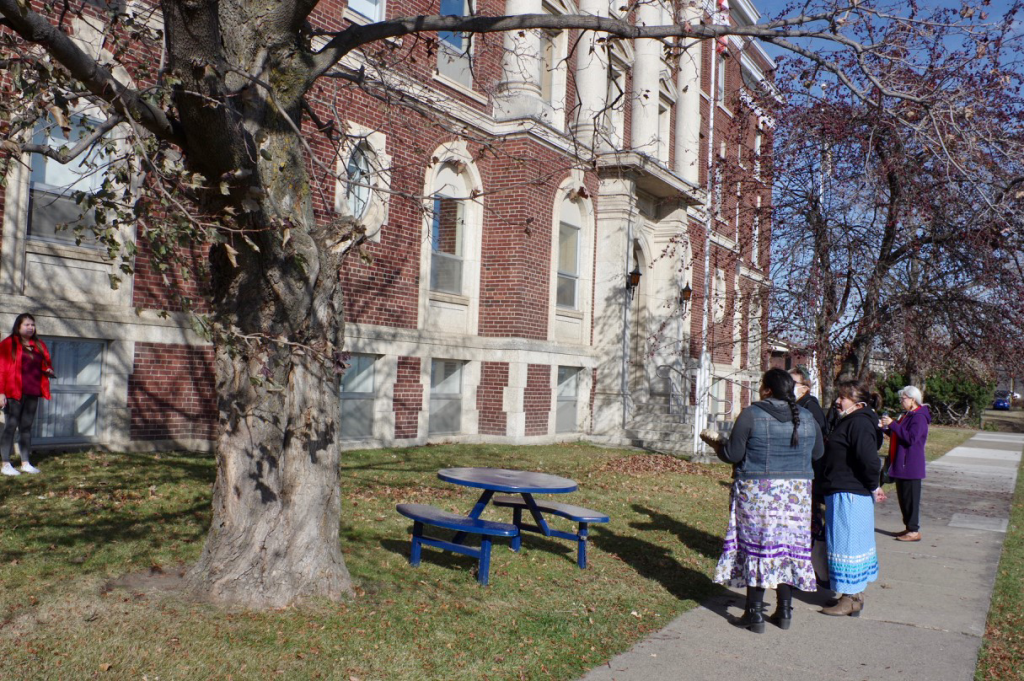 A group of women drummers sing a song outside the Courthouse Hotel in Thunder Bay where the Brayden Bushby manslaughter trial was being held from Nov. 2-5 over the death of Barbara Kentner in 2017.

Ontario Superior Court Justice Helen M. Pierce is scheduled to deliver her decision in the Brayden Bushby manslaughter trial over the death of the late Barbara Kentner on Dec. 14.

Bushby, 21, pleaded guilty to one count of aggravated assault and not guilty of manslaughter. His judge-only trial was held Nov. 2-5 in Thunder Bay at the Courthouse Hotel, formerly known as the Superior Court of Justice Building from 1924-2014, due to the closure of the Thunder Bay Courthouse over damage from an electrical fire.

Kentner, a 34-year-old Wabigoon Lake citizen and mother of one who lived in Thunder Bay, was hit in the abdomen by a trailer hitch thrown by Bushby from a moving vehicle in January 2017. She had emergency surgery to repair a ruptured small intestine caused by the trailer hitch injury, but died in July 2017.

The trial was followed by a range of national media, including CBC, APTN, Toronto Star, Globe and Mail, National Post and Global News, as well as by local news outlets.